In Batman Forever Jim Carrey's Riddler called Batman's mind "the greatest riddle of all". At the very start of World War 2, Winston Churchill said something similar about Stalin's Russia, describing the country as a "riddle, wrapped in a mystery, inside an enigma". Is Ross Barkley not, at this moment in time, right up there with the former Soviet superpower and Gotham's famous masked crusader as a completely unknowable, unquantifiable entity? I think, on balance, you'd have to say that he is. He definitely, definitely is.

Let's start with what we know for sure. Ross Barkley is a 25-year-old professional footballer with the following qualities. Physically he is unusually tall for an attacking midfielder and reasonably quick. Given his build, he is also strong and possesses great balance, making it quite difficult to knock him off the ball unless he falls over. Or gets confused, which sometimes happens. He has a decent engine.

Or you guess he has a decent engine. You guess that he has a decent engine because of all his other physical gifts but nobody actually knows for sure as Barkley - and this is an unofficial statistic but one that feels inherently true - has been subbed off in every single game of football he has ever played. Nobody has ever seen subbed off a football pitch between the 50th and 70th minutes more than Ross Barkley. Nobody. He exists with the shadow of the numbers board perpetually looming over.

Technically, he is what frothing-at-the-mouth youth coaches up and down the country would describe as a complete player. He can pass and shoot from range with both feet, is a strong dribbler and has an instant, velvet-cushioned first touch. You wouldn't call him particularly good in the air or in terms of tackling but he is physical enough (read big, quick and can jump) that you don't see it as a considerable weakness. He can also, apparently, take set-pieces. Although the evidence for this is growing increasingly scarce.

All of the above, you'd hope, would manifest into a robust, dynamic number 10 capable of racking up goals and assists in the double figures season in, season out and of driving his team forward with surging runs through the lines. Think a barrel-chested Kaká with broad shoulders, a rambunctious, nouveau Gazza.

On Tuesday night, Chelsea played their opening Champions League group stage fixture at home to Valencia. 1-0 down after a Rodrigo goal they were granted a golden opportunity to level the game late on after a penalty was awarded for handball. Barkley, who had only entered the fray five minutes earlier, confidently grabbed the match ball, raced to the spot and planted it down like he was knocking the first flag into the surface of the moon.


Three of his teammates - the typical penalty taker Jorginho, in-form striker Tammy Abraham and captain Cesar Azpilicueta - went straight over to him to as if to, you know, say, like, "What the fuck are you doing Ross?". Eventually, they took their positions outside of the box. After that opposing shithouse Gabriel Paulista rubbed Barkley's head as he walked past, causing the midfielder to look a bit perplexed and rub it as well in case the Valencia player had put something in his Lego-figurine hair. This was concerning for a couple of reasons. One being that Ross Barkley doesn't have much hair to put anything in, as buzzed short as it is. Number two being that if Gabriel Paulista thinks he can get in your head then something is very, very wrong.

A history of footballers fighting for social justice

END_OF_DOCUMENT_TOKEN_TO_BE_REPLACED

Just for good measure, Willian came over as well to try and dissuade him from taking the spot-kick. Abraham and Jorginho then returned once more, realising just how dire the situation was getting, this time to offer their belated encouragement. And maybe their advice.

*whispering* "Kick it in the goal"

After all this kerfuffle there was obviously no hope in hell Barkley was scoring. He did the honourable thing of trotting up with complete conviction and firing onto the bar, though. Willian, full credit to him as well, didn't even and try and bother hiding the fit of rage he was experiencing in response. Jorginho too began passionately remonstrating with Marcos Alonso. On the touchline, Lampard looked like the living, breathing embodiment of "I'm not angry, I'm just disappointed". The film reel kept unravelling and this particular feature, For Fuck Sake, Not Again: The Ross Barkley Story doesn't appear to be ending anytime soon.

In his defence, Barkley is quite good at penalties. According to his manager, after scoring two in pre-season, Barkley is now the de facto taker for Chelsea when he is on the pitch. This, however, obviously becomes a bit muddled when he doesn't start and then enters for the last ten minutes, whilst Jorginho, Willian and Abraham were all on the original teamsheet and had remained on the field, undercutting Barkley's apparent heirship.

This isn't about one missed penalty, however. That can happen. It's about the continued frustration of Barkley so far this season. By all accounts, he was impressive in pre-season, scoring in victories against Barcelona, Reading, Salzburg and Borussia Monchengladbach and leading many unsuspecting Fantasy Football players to plonk him into their midfield for the potentially too-good-to-be-true price of £6 million. Once again the hopeful were tricked into believing that this was the year he would finally turn the corner he has been trying and failing to turn every year.


He started the season as one of Lampard's first-choices in the midfield three, starting their opening weekend trouncing at the hands of Manchester United (before being subbed off within the hour for Christian Pulisic). He was dropped to the bench for their next game, a 1-1 draw with Leicester before returning to the starting lineup in a 3-2 away win at Carrow Road (the match report tells me he played the entire 90 but I simply do not believe it). Some semblance of normality was restored as he was named in the starting lineup against Sheffield United and hooked for Willian bang on the hour mark in a 2-2 draw. 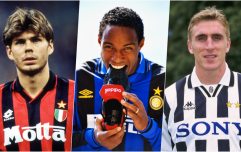 QUIZ: Can you name the Football Italia cult heroes? | Part 2

END_OF_DOCUMENT_TOKEN_TO_BE_REPLACED

Most tellingly, Barkley played little part in Chelsea's riotous victory over Wolverhampton Wanderers last weekend, as the Blues' homegrown young guns blasted five in at Molineux. He came on of course, with Lampard choosing to resurrect Sarriball and swap Mateo Kovačić (the Croatian Ross Barkley) for Ross Barkley (the English Mateo Kovačić) on 70 minutes. He pulled the same stunt against Valencia, this time ten minutes later.

Importantly, Barkley managed to keep a starting place for England over the international break - against Bulgaria and Kosovo - and performed exactly as you would expect, turning in two quintessential Ross Barkley performances. Playing alongside Declan Rice and Jordan Henderson, Barkley had the most licence to create and to drift (you know, maybe utilising all those technical and physical qualities he has in abundance) in support of England's front three. Instead, he did, well, not that. Very much not that.

In fact, that's not fair. He did do some things. The things he has always done. Like collect the ball on the turn, drive forward into space, and right then, as the bums lift from the seats, knock a pass straight to the opposition. Cue the groaning and the swears. He did other things. Like get his very, very obvious "Hello, I'm shooting here, I'm about to shoot" dummy shot then actual shot blocked every time he got the ball on the edge of the area.

He also held onto the ball at the wrong moments, gave it away in dangerous areas at all the wrong moments and had little to no actual, substantiative impact on either match, despite England's impressive margins of victory.


He's a player whose only consistency is that he isn't consistent. A player who has turned his endless fluctuations and incongruities into a kind of currency, tricking managers into keep playing him and the fans to keep hoping for more, for change. He's like the ex who comes knocking, who falls on their knees and promises they can be better. You think about it, you give him another chance and the initial signs seem good. Maybe he has changed. Maybe he is better. But then, just like that, he selfishly causes an uproar in the dressing room, twats a penalty off the bar and makes you pray to god Mason Mount's ankle injury isn't as serious as first feared. 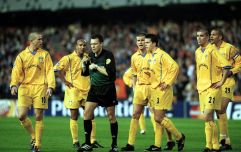 Doing A Leeds: From Champions League to Championship in three years

END_OF_DOCUMENT_TOKEN_TO_BE_REPLACED

(Mount, by the way, has shown more in his five Chelsea appearances than Barkley has in his 58).

The truth is that he just isn't very good. He might huff and puff and strut like a footballer, and pull his socks up over his knees; he might wear the number 10 shirt, or the 8, and flutter about in fluorescent boots looking very single inch the part of a Premier League superstar, but he isn't. You can see it when he gets the ball at his feet and the avenues open up. When the path should be obvious, lit up in his mind, he instead looks like he is consumed by a million different thoughts all at once.

Squint your eyes and his career trajectory isn't far from Frank Lampard's own. A professional debut at 17, 150-odd appearances for a solid Premier League team before moving to Chelsea to challenge for silverware and cement themselves as one of the best midfielders both in and for the country.

The difference is, despite the 31 caps for England and 180 games in the Premier League, during which he has scored 24 goals, never reaching double figures in a single season, nobody knows what Barkley is. How he fits into a team. How he can positively impact games. It's a case not dissimilar to Jesse Lingard's ongoing existential plight in the Manchester United first team. Just kind of being there, looking the part and going through the motions.

There is no easy solution to this, of course, no switch to flick to turn the player Ross Barkley is into the player Ross Barkley thinks he is. When he is held up to the light against the likes of Mount, Harry Winks, James Maddison and the other enchanting "Can he make the leap?" England-10-in-waiting Jack Grealish, he is found wanting. Based on performances, which are quantifiable, a cold hard currency, he should be behind all three in the national team's pecking order.

Based on the intangible, this vague semblance of what Ross Barkley is meant to be, the false promise his career has, to this point, always traded in, he would be even further behind them still. This is the paradox, that it's not really a paradox at all. I say we don't know what Ross Barkley is but we do. Sometimes it's easier just to keep telling ourselves the lie a little bit longer than face the uncomfortable reality that the cat is still in the box and the cat is very much dead.

You may also like
Sport
All remaining Premier League games will be televised
News
The Premier League is coming back on June 17th
Sport
The football club helping men grieve the loss of a child
Sport
Liverpool vs Atletico Madrid caused spike in Covid-19 deaths
Sport
QUIZ: Name the 9 players to score for six or more Premier League clubs
Next Page