With the treatment of players with suspected concussion a hot topic in recent days, Liverpool's medical staff did the right thing and took no chances with Salah when he suffered what appeared to be a nasty head injury following a collision with Newcastle goalkeeper Martin Dubravka on Saturday evening.

END_OF_DOCUMENT_TOKEN_TO_BE_REPLACED

With the game finely poised at 2-2 with 20 minutes remaining and Liverpool desperately chasing a winner, Salah looked to latch on to a flighted ball into the Newcastle box but was sandwiched between two defenders before Dubravka accidentally made contact with his head.

The Egyptian forward fell to his back and at one point, looked to be semi-conscious as he held his head in pain. 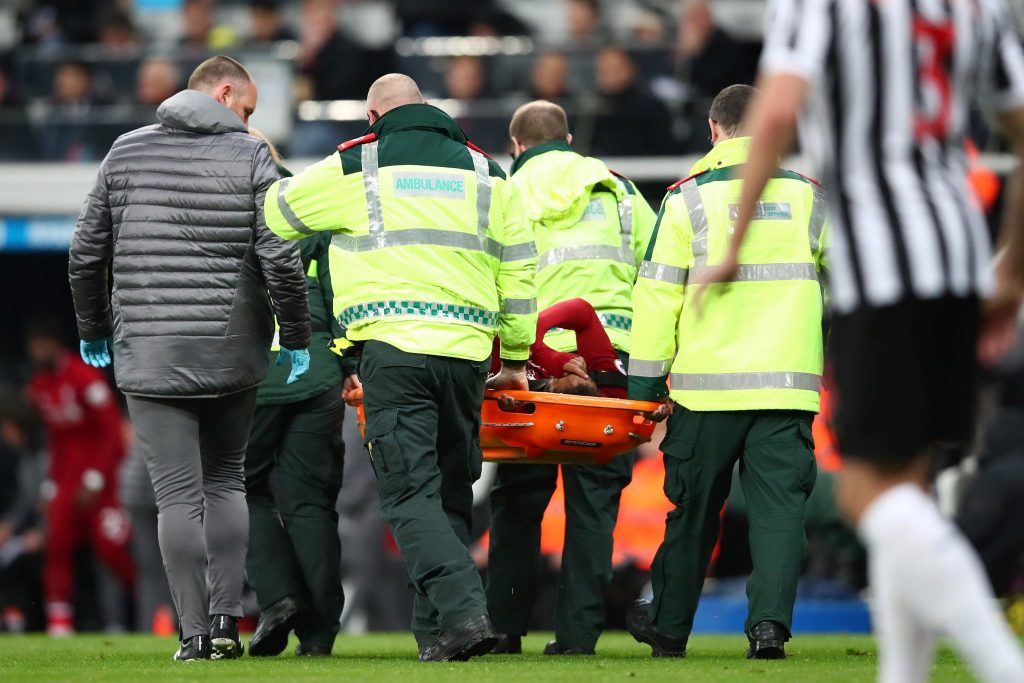 Credit to the Newcastle players and their fans as they displayed great sportsmanship in applauding Salah off the pitch after Liverpool's medical staff took their time to make sure that every precaution was taken.

Divock Origi came on to replace Salah and it was he who snatched a late winner to keep the Premier League title race alive as he headed home from a late Xherdan Shaqiri free kick and ensured that Liverpool would leave St. James' Park with the 3-2 victory and all three points.

An update on Salah's health can be expected in the next 24 hours and Liverpool supporters will have their fingers crossed that he will be able to return to action for Tuesday's Champions League semi-final second leg against Barcelona, as well as the Reds' final league game of the season.