Rio Ferdinand has had strong words to say about Chris Smalling.

END_OF_DOCUMENT_TOKEN_TO_BE_REPLACED

Smalling revealed that Lionel Messi had assured him that there were no hard feelings between the pair after the challenge which left the Barcelona star bleeding from the nose during last week's Champions League quarter-final first leg at Old Trafford.

And while there may not have been any animosity, Messi most definitely exacted his revenge at Camp Nou six days later.

Messi netted a brace inside 20 minutes in the return leg and ran rings around Manchester United's defenders in what was a miserable evening for Ole Gunnar Solskjaer's side.

There are certain players against whom roughhouse tactics might work but according to United legend Rio Ferdinand, Smalling's challenge on Messi only served to motivate the Argentine. 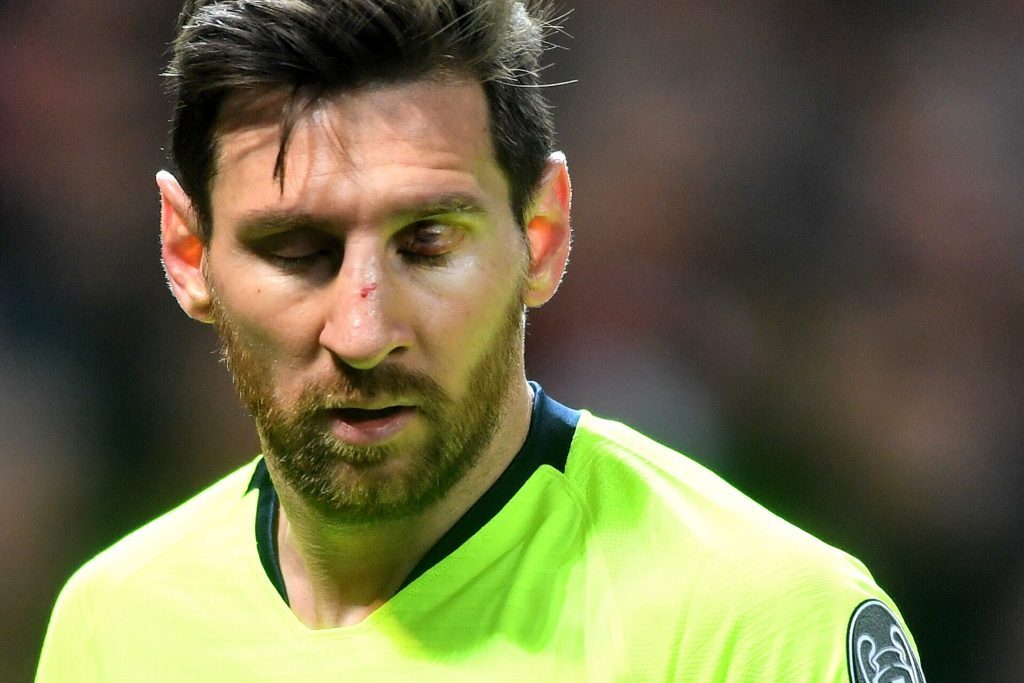 "I’ve said it before: Chris Smalling smashed him in the first game," Rio Ferdinand told BT Sport. "It’s probably the worst thing that could have happened over that first game, to smash him, because they woke the beast up and he said: ‘Listen, I’ll put a clinic on here today and make sure you know about me’.

"And that’s what he did. A player of this ability, of this stature, sometimes you’ve just got to say he was too good and tonight that was the case.

"Just to be here, there’s going to be people in this stadium - Man United fans - disappointed but they’re going to be able to say: ‘I was there to see Messi perform at that level’."

popular
Prince Andrew 'flew with sex slave' who was 'frozen with fear', court told
Christian Eriksen is training alone at his former club
Germany to announce nationwide lockdown for unvaccinated
Harrowing video shows teen blasted in the face with shotgun - and survive
Elon Musk shares 'evidence' we are actually living in a simulation
Scotland international rugby star Siobhan Cattigan dies aged 26
Actor in Oscar-nominated film dies aged 22 after shooting
You may also like
Sport
Jadon Sancho: "Arsenal were interested in him. You hear that and assume it's a formality"
Sport
Roberto Mancini emerges as surprise contender for Manchester United job
Sport
Edinson Cavani happy for Jadon Sancho after he overcame 'tough period' at Man Utd
Sport
Ralf Rangnick will not take charge of Manchester United against Arsenal
Sport
Ralf Rangnick identifies Amadou Haidara as first Man United transfer
Next Page