Even more impressive than the Iron Throne 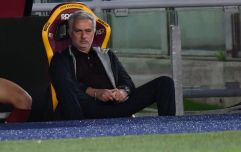 END_OF_DOCUMENT_TOKEN_TO_BE_REPLACED

On Saturday morning, the Special One posted an image of his very special chair on Instagram.

It was a big, gaming chair, from gaming chair specialists Secret Lab. Nothing too unusual there.

But then slide through to the other images on the post.

The front of the chair, where Jose's back would normally be, is emblazoned with the Batman logo.

And the back is even more over the top. There is a massive yellow backplate, with the Game of Thrones logo and the giant wolf of House Stark. 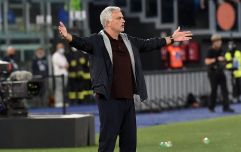 Jose Mourinho sent off for touchline theatrics during draw against Napoli

END_OF_DOCUMENT_TOKEN_TO_BE_REPLACED

"Important office time and planning for the next game in my Secret Lab chairs," reads the caption for the post.

As far as we know, Jose Mourinho has never publically expressed any love for either Batman or Game of Thrones. Maybe he is a George R R Martin obsessive. Or maybe he has a mint copy of Detective Comics #27 at home. Maybe him and Ledley King sit around after training has finished, arguing over who is the best Batman (Jose says Ben Affleck, Ledley King likes Michael Keaton).

Then again, Jose Mourinho can be a very Machiavellian figure who would fit right into the world of Westeros, so we suppose he does deserve his own Iron Throne to sit upon at the Tottenham Hotspur training ground. 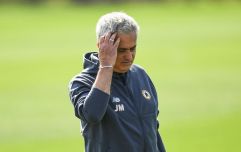 END_OF_DOCUMENT_TOKEN_TO_BE_REPLACED

Tottenham Hotspur play Crystal Palace on Sunday, with the North London side sitting at the top of the Premier League.

It has been a very good week for Mourinho. As well as getting a nice new chair with various pop culture logos on it, Tottenham beat Arsenal in the North London derby last weekend. They then followed that up with a 2-0 victory over Antwerp in the Europa League on Thursday.