Isco's moment of genius for Spain against Iran has been overlooked

Spain put themselves top of Group B on Wednesday night with a hard-fought win over Iran in Rostov. The first-half was effectively an attack versus defence drill. Iran camped on the edge of their penalty area and made it extremely difficult for Spain to break them down.

Diego Costa's second-half goal, which ricocheted in off his knee, gave Spain the win that took them ahead of Portugal in the group and kept them on course for a place against in the last-16. 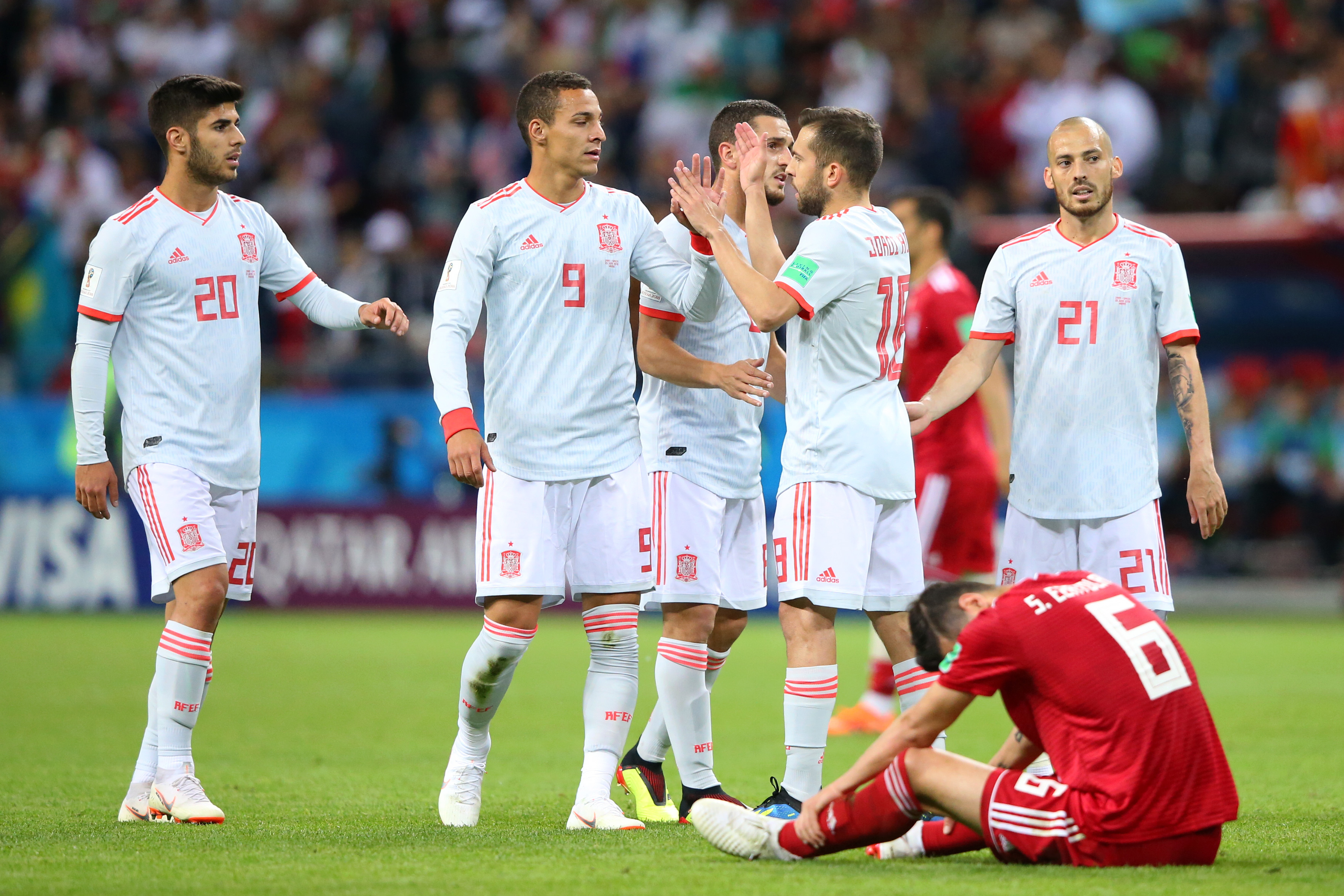 END_OF_DOCUMENT_TOKEN_TO_BE_REPLACED

However, the 2010 World Cup winners had a difficult evening against the dogged and well-drilled Iranian team, who posed them problems in the second-half when they came out of their defensive shell.

It was a test of Spain's ability to break down a team who defend very deep, and will serve them well as they advance through the tournament and come up against equally dogged defences.

Yet again, Isco was sensational, following on from his brilliant display against Portugal in Spain's opening game of the World Cup. 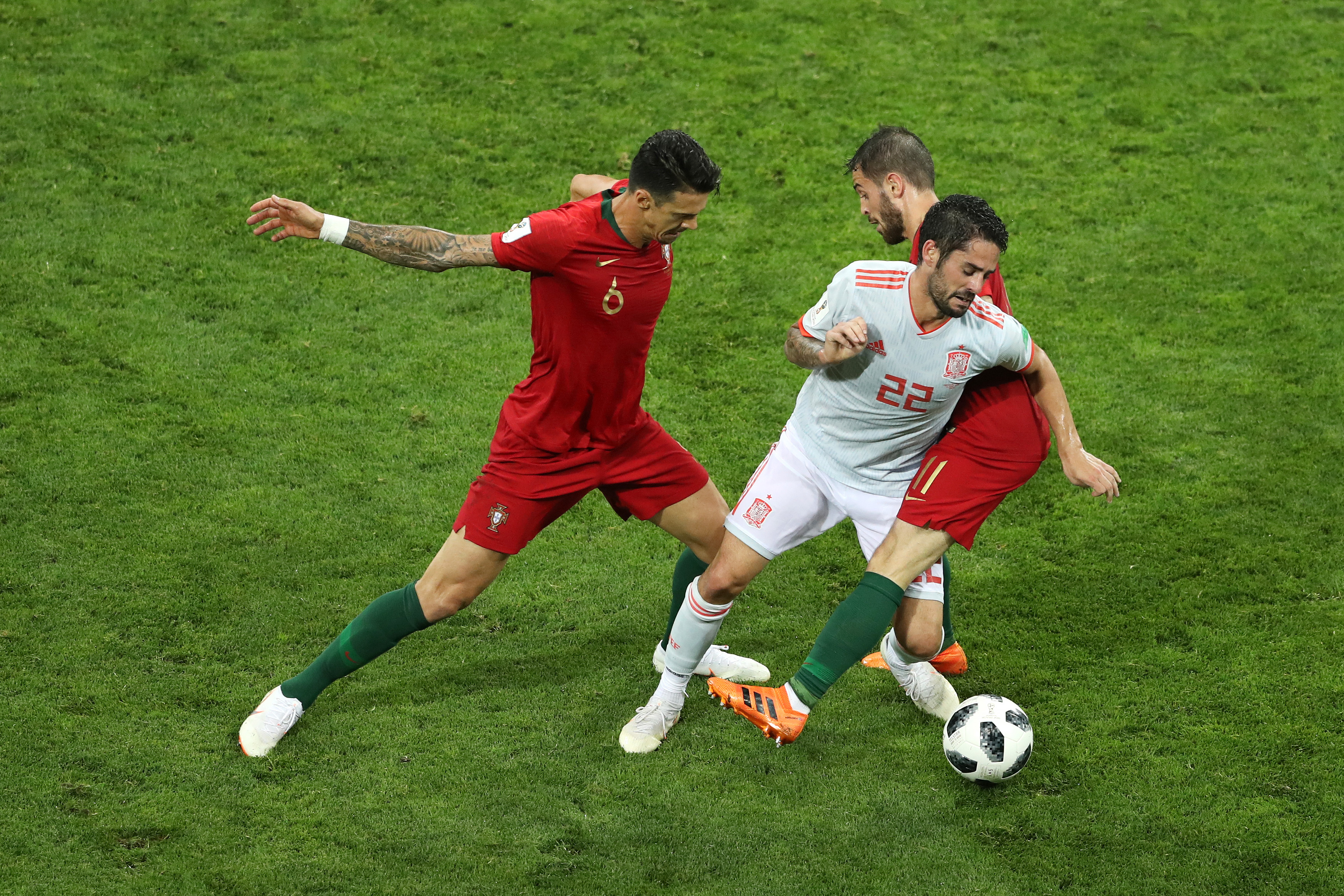 Costa won the official man of the match award, but it should have gone to the Real Madrid midfielder.

END_OF_DOCUMENT_TOKEN_TO_BE_REPLACED

He also produced the most ingenious moment of the match.

Isco took a corner in the 70th minute and caught the entire Iran team out by rolling the ball along the by-line to David Silva.

The Manchester City midfielder teed-up Sergio Ramos and his deflected shot resulted in a goalmouth scramble. It all came about from a very clever piece of play by Isco.

Wednesday's games only had three goals - Portugal beat Morrocco 1-0, Uruguay laboured to a 1-0 victory over Saudi Arabia and Spain got a 1-0 win over Iran - and they were all pretty uneventful contests. There was lots of diving, time-wasting and spoiling tactics. Isco's clever corner was easily the most creative piece of play across 270 minutes of football.

The midfielder has been one of the most impressive players at the tournament so far, and will play a massive part for Spain as they advance through the competition.

popular
Groom slammed for going to own wedding to bride, 16, in jeans and t-shirt
The JOE Friday Pub Quiz: Week 295
Topless mum in her undies rescues pet goose from bald eagle in crazy video
Woman reveals cruel reason date dumped her after they had sex for the first time
Confusion as woman appears to fart during viral clip of Depp-Heard trial
Kylian Mbappe asked PSG to sell Neymar and replace him with Ousmane Dembele
Helen McCrory's children give heartbreaking tributes at her memorial service
You may also like
Sport
The Big Fat Football Quiz of 2018
Sport
What a year it's been for football - here are JOE's 2018 highlights
Sport
Manchester United reportedly trigger release clause of Atletico defender
Sport
England name squad for Spain and Switzerland games
Sport
Toni Kroos calls Mesut Ozil's claims of racism in German camp "nonsense"
Next Page