Pogba's choice has led to a rule change regarding product placement

Though 'coke-gate' is ridiculous when you think about it, Ronaldo's initial decision sparked conversation around product placement and also received widespread media attention. However, Paul Pogba's decision to remove a Heineken bottle from the table has actually led to a rule change. 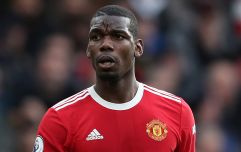 END_OF_DOCUMENT_TOKEN_TO_BE_REPLACED

Days after Ronaldo removed two Coca-cola bottles from the press conference table, French footballer Pogba also removed bottles of Heineken from the camera's view. Unlike Ronaldo, this was not an ironic dismissal of the brand but was actually due to the football stars religion.

First Ronaldo with the Coca-Cola...

Now Paul Pogba wasn't happy with the Heineken in front of him at his press conference 🍺❌ pic.twitter.com/SU1ifQPGOP

For Muslims, alcohol is strictly forbidden, which is the reason Pogba removed it from the table. Managers and players will now be asked if they object to bottles of Heineken being on the table, and they could be removed on religious or ethical grounds. After UEFA announcing last week, players and clubs could face fines for removing sponsored products from the camera view, no one has since shunned poor Coca-Cola.

UEFA have said, however that there is a stark difference between shunning the drinks because of personal feelings versus religious belief.

Pogba and his embrace of faith? 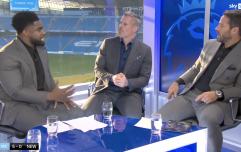 END_OF_DOCUMENT_TOKEN_TO_BE_REPLACED

'It's everything. That's what makes me thankful for everything,' Pogba told The Times regarding his embrace of Islam.

'It made me change, realise things in life. I guess, maybe, it makes me more peaceful inside. 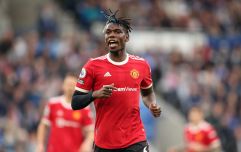 END_OF_DOCUMENT_TOKEN_TO_BE_REPLACED

'It was a good change in my life because I wasn't born a Muslim, even if my mum was. I just grew up like that, respect for everyone.

'Islam is not the image that everyone sees – terrorism… What we hear in the media is really something else, it's something beautiful.

'You get to know it. Anybody can find that he feels connected with Islam. It came because I have a lot of friends who are Muslim. We always talk.

'I was questioning myself in a lot of things, then I started doing my own research. I prayed once with my friends and I felt something different. I felt really good.'

popular
Liverpool fans convinced that Aston Villa had levelled at Man City in hilarious prank
Video emerges of 'assault' on Robin Olsen during Man City pitch invasion
Richarlison pokes fun at Liverpool as Man City clinch title
La Liga response to Mbappe's PSG deal is extreme, but the argument can't be overlooked
Man 'caught cheating in Ibiza' humiliated by girlfriend who gets dramatic poolside revenge
Gary Neville aims dig at Jamie Carragher in commentary for title-winning Man City goal
Roy Keane has 'no sympathy' for relegated Burnley after sacking Sean Dyche
You may also like
Sport
Every footballer that has so far sold their soul to the world of NFTs
Sport
You're Paul Pogba. Choose your next club
Sport
Paul Pogba 'leaves Man Utd WhatsApp group and tells teammates he's leaving'
Sport
Paul Pogba left needing medical attention after Harry Maguire accidentally kicked him in the head
Sport
Manchester United fans boo Paul Pogba after he cups his ears to the crowd
Next Page