A California-based Fulham fan has been dragged into a row after a personalised car licence plate, declaring his love for the club, was perceived as racist. 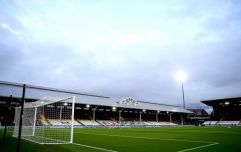 Fulham-Blackpool suspended due to a medical incident in crowd

END_OF_DOCUMENT_TOKEN_TO_BE_REPLACED

The California Department of Motor Vehicles banned him from having "COY-W" - standing for "Come On You Whites" - as they feared it could have racist connotations. Fulham FC play in white, just in case you didn't get that.

73-year-old university professor Jonathan Kotler was born in New Jersey and now lives Calabasas, California, but has followed Fulham for decades after watching a match during a visit to London.

He applied for the licence plate late last year, and had to include his reasoning for the letters. The Department of Motor Vehicles (DMV) turned it down, saying it could be seen as hostile or racially degrading.

Kotler has now made a legal complaint, saying that the DMV's criteria is unconstitutional and that his right to freedom of speech has been violated. 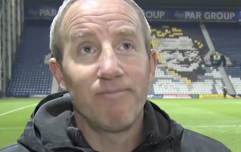 END_OF_DOCUMENT_TOKEN_TO_BE_REPLACED

"It's just a shirt colour," Kotler told the BBC. "The people at the DMV are either extra thick or very PC."

"I sent them tons of material," Professor Kotler told the BBC. "Press releases, stories from the British media, letters from the chairman who uses 'come on you whites'.

"I pointed out that many clubs in Britain are known by their colour - the blues, the clarets. Nobody thought the Liverpool reds were communists."

Kotler says he used to support both Fulham and Manchester United, but declared his sole allegiance to Fulham when they were promoted to the Premier league in 2006. A Manchester United flag is visible in his University of Southern California profile picture.

He told the BBC he flies to the UK to watch his team play around ten times a year, making the eleven hour flight on a Thursday and returning by the Tuesday to teach classes.

Fulham owner Tony Kahn has used "COYW" in his tweets.