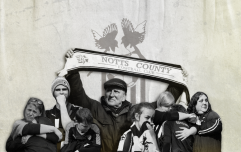 Notts County: Putting the wheel back on the barrow

END_OF_DOCUMENT_TOKEN_TO_BE_REPLACED

It wasn't all plain sailing for The Magpies, however, as the victory was almost sabotaged by a massive brainfart from keeper Ryan Schofield.

With County 2-0 up, and about a quarter of an hour to go, Schofield collected the ball in his box, and then calmly rolled it out of his hands to take a big hoof up the field.

What he had failed to notice though was that Carlisle striker Hallam Hope had been standing behind him, on the goal line.

As Schofield casually took an age to take his kick, Schofield pounced on the ball and knocked it into the open goal.

Schofield was ultimately saved from too much embarrassment, as Lewis Alessandra got a third for Notts County in injury time to secure all three points. 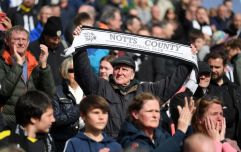 END_OF_DOCUMENT_TOKEN_TO_BE_REPLACED

A brace from Kane Hemmings had looked to give County a comfortable victory before Schofield's calamity caused a nervy finish to the game.

Notts County currently sit second bottom in League Two, with Carlisle United one place outside the playoffs in eighth.

Ryan Schofield isn't the first goalkeeper to fall for such a trick.

Famously, in 1997, Newcastle United goalie Shay Given failed to notice Coventry City striker Dion Dublin behind him in a Premier League tie between the two clubs.