Aston Villa have approached the FA and UEFA to offer up Villa Park as a potential new venue for the Champions League final at the end of May. 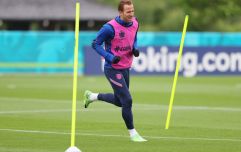 END_OF_DOCUMENT_TOKEN_TO_BE_REPLACED

After Chelsea's victory over Real Madrid, the final will be contested between two English sides for the third time in the tournament's history. However the current host venue is on the other side of Europe, in the Turkish capital of Istanbul, which seems impractical, even when you don't consider the small matter of a global pandemic.

Who can forget when Arsenal and Chelsea fans trekked all the way to Baku in Azerbaijan for the Europa League final.

Currently it looks like 8,000 English fans will need to travel to Turkey, a country that only a week ago entered its first full national lockdown because of rising coronavirus infection rates. The more you think about it, the less sense it makes for the final to be held in Istanbul.

Plus, on the same weekend that the final is being played, Wembley is unavailable as it is hosting the Championship Play-Off final.

Of course UEFA being UEFA, they have reiterated that they are still committed to hosting the final in Turkey, with details of travel and ticketing to be confirmed later this week.

At this stage, it seems that only a change in policy from the Turkish Government would force the final to be moved elsewhere. There would also be a whole host of logistical issues surrounding the final being moved at such a late date, and a raft of moderations would need to be made to facilities such as the press box at Villa Park in order to accommodate one of the biggest fixtures in the global football calendar.

On May 17 the government is set to announce which countries Brits will be allowed to travel to, as part of the next stage of the roadmap out of lockdown.

Sadly it seems unlikely at this stage. But never say never, and speaking as a Villa fan, it would be amazing to see one of English football's great grounds in the international spotlight.