If the pre-match ceremony was anything to go by, this wasn't going to be much of an occasion in Baku

But enough about all that. Let's talk about the football. The thing we can all agree to try and enjoy no matter what moral, ethical, and political quandaries present themselves to us.

The opening exchanges featured several misplaced Jorginho passes, Sokratis slicing the ball up and over his head for a throw-in, two failed Mateo Kovacic jump-flicks to nobody in particular, Robbie Savage just saying things (a registered trademark) and lots and lots of David Luiz half-heartedly knocking the ball back to his keeper.

Maybe we should just keep talking about the problem with hosting this game in Azerbaijan after all.

No, sorry, we must press on. I may or may not have just received an angry phone call from somebody with an unplaceable accent.

Arsenal were almost gifted an opener in the first ten minutes after the sometimes optimistically named Kepa decided to punch a fairly tame cross into the path of goal-poacher extraordinaire Pierre-Emerick Aubameyang. Who, clearly daunted by the additional vast green expanse separating the usual vast green expanse of a football pitch from all the corporate hotshots in the first 30 rows, blocks A-$, scuffed the ball wide.

They had another promising opportunity soon after, after the left foot of Granit Xhaka, so much more of an attractive prospect than his right, or his brain, freed Kolasinac down the flank, a player whose movement can only ever be described as 'rumbling' or 'barrelling' as though he operates in a permanent state between the two verbs. Oh there he goes, 'barrelling' down the cereal aisle in the Big Tesco, 'rumbling' up and down his front garden with the lawnmower.


Anyway, by the time he realised just how much space he was in, as alone in Baku as that policeman still outside the stadium looking for Henrikh Mkhitaryan (prime suspects: anyone in a Mkhitaryan shirt, as though the Armenian would attempt to sneak into the game disguised as, erm, himself), he had been closed down. A unified sigh rang out from the audience watching at home, almost as though Game of Thrones was back on and disappointing us all over again. 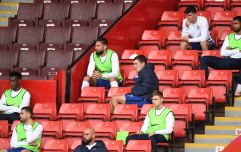 END_OF_DOCUMENT_TOKEN_TO_BE_REPLACED

Lacazette was brought down by Kepa soon after in an incident that looked a lot like it should have been a penalty. Except everything else about it was wrong. There was no outrage from the supporters - either in response to a perceived dive from the striker or a foul from the goalkeeper - nor the players. There was just no sound and no fury. It was a collective Alan Partridge shrug from the entirety of the Olympic Stadium, players included.

It made this, the Europa League, so often a thrillingly fun, carefree hors d'oeuvres of a competition compared to the Champions League proper, well, as long as Atletico Madrid, Sevilla or Massimo Maccarone are involved, feel as second tier as the supporters of the top-six usually treat it.

Unless, of course, they do end up making it to the final and there is a place at the big boy's party table at stake.

The last memorable action of the first 45 came with a firm, low drive from Olivier Giroud, the excessively handsome target man and just about the only thing that was watchable in the stadium, ably parried away by old man Cech, rekindling the ghost of youth in his last ever appearance.

Things came to life at least a little after the break. Giroud, oh god let us always be thankful for Giroud, went horizontal for the opening goal, flinging himself into an Emerson cross and sending it by way of a frankly exquisite taper fade into the bottom corner.


He chose not to celebrate, perhaps if only to remind everyone watching in between refreshes of Twitter that there was some narrative at play here, even if, weirdly, you already can't quite picture him ever in an Arsenal shirt now. 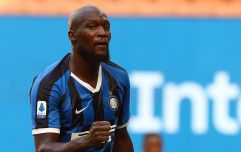 END_OF_DOCUMENT_TOKEN_TO_BE_REPLACED

Fine work down the Chelsea left between Kovacic and Hazard led to a second on the 60th minute, as Pedro, who only ever seems to scuff his shots wide or thump them in, never anything in between, did exactly that for the very first time, sort of half-scuffing it directly into the ground and watching it bobble into the corner. The Savage verdict? "A clinical finish."

And just like that, the game looked over. Maitland-Niles got all clumsy in the area and brought down Giroud. This time it was a stonewaller and even the complete lack of appeal, or noise, wasn't enough to dissuade the ref from awarding the spot-kick, as Eden Hazard lazily dispatched it in his final game for the club.

Sidenote: all three goals came down Chelsea's left and Arsenal's right. Just where is Mustafi when you need him?

The reaction of the two managers was telling. Maurizio Sarri immediately sat down, clearly furious at the prospect of winning his first ever trophy, and started scribbling on his notepad. My best guess? "YOU ARE A POWERFUL WARRIOR GODDESS. DO NOT FORGET THIS. EVEN WHEN NEGOTIATING YOUR CONTRACT WITH JUVE NEXT WEEK."

Unai Emery, meanwhile, rushed out to the edge of his technical area and started waving his arms about, as if to say: fucking hell lads. Fucking hell. Can you not right now? Can you just not capitulate on me in the Europa League final, a competition more important to me than my own children? 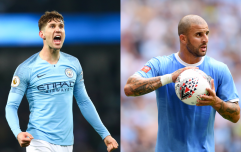 END_OF_DOCUMENT_TOKEN_TO_BE_REPLACED

He did, however, bring on Alex Iwobi, who spanked in a volley after that as one would put the dishwasher glasses and mugs away with your mother watching you. You want to make it look like you're putting in some effort but really you both know you're just doing it as quickly and as easily as you can. His heart just didn't look in it, even if it did fly into the top corner. "Oh fuck, now I might have to run about and press and all that shit. Smh."

Clearly annoyed by the brief interruption to an otherwise straightforward Cobham training ground drill, the Arsenal defence only marginally more obtrusive than a haphazard series of cones or discarded bibs, Chelsea went up the other end and scored again. As they have done so often this season it came through Hazard, with a lay off by Giroud.

The Savage take? "Arsenal have got to be careful here or it could get a bit embarrassing." Ehem. Thank you Robbie.

If it didn't feel like a friendly in some phoney, pre-season 'Emirates Asia Cup sponsored by Increased Shirt Sales in the Far East' during the first half, it certainly did at 4-1.

Arsenal brought on their latest youth superstar Joe Willock, who, in fairness to him, almost scored one of the goals of the tournament after playing a sumptuous one-two with Lacazette before opening his body up and firing agonisingly wide.

If the cameo was anything to go by, it wouldn't be too bold to suggest he might even surpass the storied feats of one Yaya Sonogo.

As the two teams played out the final ten minutes it was clear that this can't be allowed to happen again. There was just too much distance, physically and emotionally, between the real supporters and this game. In a statement before the game, Arsenal said it was 'simply not right' that UEFA should hold the final in Azerbaijan and grant both teams just 6,000 tickets. I think that's putting it lightly. It was even worse than that.

Fair play to them for not even bothering to turn up then, I guess.

You may also like
Sport
Arsenal players angered by redundancies and want to speak to club
Sport
Arsenal to sack their head scout who discovered Cesc Fabregas and Hector Bellerin
Sport
Hands on with FIFA 21, where the 'fundamentals of football' come first
Sport
Manchester City complete signing of Nathan Ake from Bournemouth
Sport
Arsenal offer Willian three-year contract with staggering signing on fee
Next Page