When Hollywood legend Arnold Schwarzenegger steps up for a high-five, you slap that palm for all its worth.

Except if you’re badboy British strongman Eddie Hall, it seems. 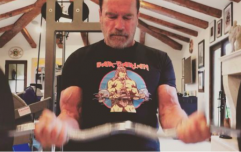 END_OF_DOCUMENT_TOKEN_TO_BE_REPLACED

The 27st monster had the Terminator roaring him on from the sidelines as he prepared to smash the world deadlift record at the Arnold Classic in Australia.

Hall ripped the 462kg barbell off the floor and put his name firmly in the history books with the biggest raw lift by a human – EVER. That’s 1,018lbs for those still living in 1970.

Bodybuilding god Arnie was clearly impressed by this show of strength and went in for the big celebration high five.

But Hall got so carried away he left him hanging. 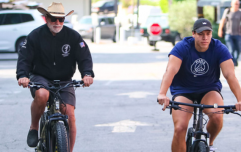 END_OF_DOCUMENT_TOKEN_TO_BE_REPLACED

Stoke-on-Trent native Hall posted a cheeky joke about in on Facebook, saying :

“The heaviest weight ever lifted off the floor by a human being in HISTORY!

“I had Arnold Schwarzenegger cheering me on to my right and gave me a high 5 to congratulate me after the event – even though I left him hanging at first. Ooops!”