Obesity is a bigger killer than smoking, says new study

Obesity and excess body fat may be linked to more deaths than smoking, according to new research. 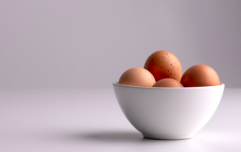 END_OF_DOCUMENT_TOKEN_TO_BE_REPLACED

Since the smoking ban was introduced in the UK in 2005, numerous public health strategies have been implemented to curb the sale of cigarettes and reduce the harmful effects of smoking.

According to scientists from the University of Glasgow, obesity should now be treated in the same way.

Why? Because obesity and excess body fat appear to cause more deaths than smoking.

According to a study published in the BMC Public Health journal, deaths caused by smoking fell from 23.1% to 19.4% between 2003 and 2017 - roughly the period encompassing the smoking ban and subsequent restrictions on cigarette advertising.

However, over that same timescale, the percentage of deaths "attributable to obesity and excess body fat" increased from 17.9% to 23.1%.

Scientists leading the study estimate that deaths caused by obesity and excess body fat overtook those attributable to smoking in 2014.

Over 192,000 adults across England and Scotland with an average age of 50 featured as part of surveys. 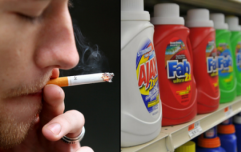 Cleaning your house can be 'as bad for you as smoking', study finds

END_OF_DOCUMENT_TOKEN_TO_BE_REPLACED

People were asked to report whether they were regular smokers, while their height and weight measurements were taken by health professionals.

Explaining the results, the University of Glasgow's Jill Pell said:

"Our research indicates that, since 2014, obesity and excess body fat may have contributed to more deaths in England and Scotland than smoking.

"The increase in estimated deaths due to obesity and excess body fat is likely to be due to their contributions to cancer and cardiovascular disease." 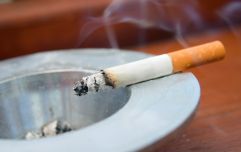 END_OF_DOCUMENT_TOKEN_TO_BE_REPLACED

To tackle the growing obesity problem (and its impact on death figures), researchers are now calling for a raft of new policies alongside wide-scale public health measures.

"Our findings suggest that the public health and policy interventions aimed at reducing the prevalence of smoking have been successful and that national strategies to address obesity and excess body fat, particularly focusing on middle-aged and older age groups and men, should be a public health priority."

popular
Justice for Jamal Khashoggi poster seen outside St James' Park ahead of Newcastle game
Shocking footage shows moment man is killed by his own brothers
Addison Rae banned from TikTok
Who can keep Newcastle United in the Premier League?
WATCH: Goalkeeper shown red card for attacking teammate after goal
The Batman trailer has just dropped and it looks absolutely unreal
Sir David Amess: Suspect named as police hold him under Terrorism Act
You may also like
News
Marlboro maker calls for complete ban on cigarettes within ten years
Life
More than six in 10 Brits want smoking banned in pub gardens, survey finds
Uncategorized
Pregnant women could be given £400 in shopping vouchers to help them quit smoking
News
Calls for smoking to be banned in all pub gardens in Wales
News
MPs call for legal age to buy cigarettes to be raised to 21
Next Page