We're sure many people will rejoice.

A leading Irish psychologist has said that companies should offer non-smokers up to six extra paid holiday days. 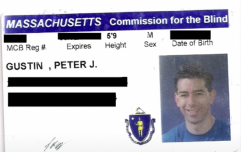 END_OF_DOCUMENT_TOKEN_TO_BE_REPLACED

Psychologist Jason O'Callaghan from The D4 Clinic has said that this is to make up for the time they work when smokers are on smoke breaks.

He spoke about how some Japanese companies are now offering non-smoking staff extra days off and he believes that Ireland should follow suit.

"As the country that introduced the smoking ban, we should encourage Irish based companies to do the same. A Japanese company "Piala Inc" is giving non-smoking workers up to six extra days of paid holidays to make up for the extra work they do while smoking employees take cigarette breaks," O'Callaghan said.

"With corporate wellness now at the forefront for so many companies. This would not just lead to a healthier workforce but also a more productive company. As each smoker who quits would win back a month of working hours."

END_OF_DOCUMENT_TOKEN_TO_BE_REPLACED

O'Callaghan claims that on average, smokers will work one month less a year than a non-smoker due to smoke breaks.

"With most companies banning smoking on site. It can take an average of 15 minutes for a staff member to go for a cigarette. Just 4 a day is an hour from the workday wasted. That's 5 hours a week or 20 hours a month. Which works out at 2.5 days and if you multiply that by 12 months. That's a full 30 days a year that company is paying a staff member to smoke," O'Callaghan said.

We're sure there'll be plenty of non-smokers supporting this idea.