She left her old job to become a firefighter

A former NHS worker has spoken of how she lost 140 pounds by making some surprisingly simple changes to her training and diet.

END_OF_DOCUMENT_TOKEN_TO_BE_REPLACED

Francesca Drake's fitness levels improved to such an extent that she eventually became a firefighter, after encouragement from her friends.

Fran says she was motivated to lose weight after looking at old holiday photos.

"I was looking at holiday photos from the year before - I thought my legs were like balloons.

"I knew it wouldn't be long until the doctor was telling me I was diabetic, and that was like a lightbulb moment. I just thought, no more excuses - I've got to change."

Originally from Dorset, Fran suffered physical difficulties due to her previous weight. 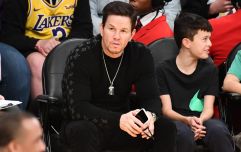 END_OF_DOCUMENT_TOKEN_TO_BE_REPLACED

"I had sciatica and my knees were very painful when walking up and down stairs. The lowest moment was having to be carried upstairs due to the pain in my knees.

"I would cover up with baggy clothing - even in summer."

Fran says she overhauled all aspects of her lifestyle, but the main obstacle was her diet and relationship with food.

"The first thing I did was to cut sugar. I switched from full fat everything to diet and zero sugar and used sweeteners in my tea and coffee.

"I started eating fruit and veg. I ate so much fruit I thought I would turn into a pineapple, but snacking on grapes was easier and better than raiding the fridge." 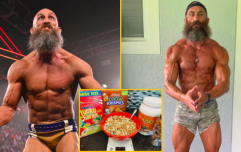 WWE superstar explains why he eats breakfast cereal after a workout

END_OF_DOCUMENT_TOKEN_TO_BE_REPLACED

Fran says she cut back on starchy carbs to the point she was only having them once or twice a day.

"I switched from white bread to wholemeal and only had two slices, or one bowl of cereal a day."

Initially, she began to follow Sky's Fit in 5 workouts, which was supplemented by additional swimming and walking.

"I found swimming a great low impact way to start my weight loss journey as the weight started to come off each week."

Now, Fran's training programme is a little more intense - but it's boosted her fitness levels no end.

"Every morning without fail, I wake up and do 30 minutes of HIIT cardio in my lounge," she says.

"I run a minimum of five kilometres every day. Then on top of that, most days I go to the gym for two hours and do weights and some light cardio.

"Saturday is my rest day, but on Sunday I do a big 10 kilometre run."

So impressive was the change in Fran's physical fitness that friends encouraged her to pursue her dream of becoming a firefighter.

"At the time, I was working for the NHS in a large doctor's practice. But I knew I wanted to do something that mattered, that gave back and to be a part of something.

"Once I said I would try for selection, it gave me a focus and a determination to keep losing weight and to get really fit. I actually failed the first round of selection with the math test, so I went away and took myself back to college to better my GCSEs.

"The next selection came around and I passed every single stage and test they had (and there was a lot!)"