What my brother's suicide has taught me about mental health

We've had a big response to our coverage of Mental Health Awareness Week. One JOE reader, Jonny Sharples, got in touch to tell us about losing his older brother to suicide. Jonny has very kindly shared his moving story with us, in his own words, in the hope of raising awareness and possibly helping others who have been impacted by such a loss. 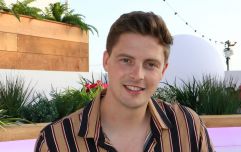 END_OF_DOCUMENT_TOKEN_TO_BE_REPLACED

Older brothers are a wonderful thing to have in your life. Beyond the gentle and the not so gentle jokes they tell at your expense, they can also be your gateway into jobs, football, and all sorts of other hobbies. Above all else they can be an encyclopedia on how to deal with your formative years, offering the kind of important guidance and knowledge that will see you through your adolescence.

My brother Simon was eight years older than me, so my teenage years and early twenties were helped vastly by the understanding that whatever was happening to me probably happened to him before me. 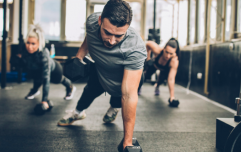 END_OF_DOCUMENT_TOKEN_TO_BE_REPLACED

Simon was a walking FAQ of life experience. If you ever needed a helping hand on all kinds of subjects from DIY to relationships, and from cooking to holidays, you could guarantee that he would always have an answer to even the most mundane of questions.

I would frequently ask my brother, ‘How much bacon do you put in a carbonara?’, ‘Where would I find my stopcock?’, ‘How much is petrol?’ And no matter how ridiculous the question was he would always come through with an answer. He was the archetypal big brother. 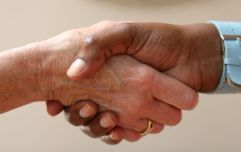 END_OF_DOCUMENT_TOKEN_TO_BE_REPLACED

There was one question that I never thought to ask Simon: “How are are you feeling?”. Ultimately I didn’t need to ask. I got my answer one Sunday morning in December 2014 when I awoke to the news that he had taken his own life, at aged 36.

It’s not that I didn’t care how he was - he was my brother - but I just always thought I knew. Whenever I saw him he was smiling or was laughing, and it was rare that you would see Simon without a huge grin on his face.

We watched football together and we always remembered one another’s birthdays. I still treasure the ticket from the last match we went to together, and the birthday card he sent me just three weeks before his death.

My brother worked in logistics for a number of different haulage and courier companies throughout his adult life. Simon was just a regular guy: he worked in an office, liked to go out with his mates to the pub, he played a bit of golf, and loved to watch and play football. He also loved photography, and I think he was pretty good at it.

With the greatest of respect to my brother, he was completely unremarkable. I think the fact that he was basically just someone you'd know from work or the pub makes it all the more important his story gets told, because he could quite easily be your friend or your brother.

He taught me many things in his life, but his death taught me that depression and mental health issues do not discriminate. As a younger brother I always assumed that Simon was a rock, that he was indestructible. But if my brother could reach the point where he could see no way out but to end his life, it could happen to anybody.

And it does have an impact on a lot of people: on average 12 men take their own lives every day, which equated to 4,623 men dying in 2014. That’s 4,623 brothers and sons, fathers and uncles, friends and partners. Of all the deaths caused by suicide in 2014, 76 per cent of them were men. Suicide is now the biggest killer of males under the age of 50 in the UK.

I've never known why Simon took his own life: he didn't leave a note and I've learnt in the time that's passed since that it's more common that a person who takes their own life doesn't leave a suicide note than does. I could speculate on why, but I think that would be unhelpful for myself because the only person that could give me a definitive answer isn't here to give it anymore. It took me a year or so to reach the point where I'll accept I'll never know why, but I'm glad I've got there.

People ask me if I'm angry at Simon for dying. It's not something I have never encountered, not only because the person I'm angry at isn't around to scream and shout at, but also because I think in other circumstances you wouldn't be angry at someone for passing away. You see memes and quotes, cartoons and articles being shared on Facebook and Twitter saying mental health should be treated like physical health, but that seems to stop when depression leads to suicide.

If somebody had a disease or an illness that they fought against, or sought treatment for, but ultimately it consumed them and resulted in their death you wouldn't be angry at them. Similarly, I trust Simon fought against this for as long he could, and in the end, even for one small moment, it consumed him and he couldn't see a way out of it, and then it was too late for him to escape.

With that in mind, I can't be angry at him. My overwhelming emotion is one of great sadness, a sadness that comes from knowing that my brother, this amazing person I knew and loved, felt so low and so alone when there were people out there who thought he was incredible.

We all have the opportunity now - today - to check on our friends and our family, to make sure they’re okay, to get them talking. We can all work together to help create the environment where men can feel comfortable in opening up about their feelings.

If you’re struggling, if you’re one of those men that has always been worried about opening up, then please understand that there’s people out there who want you to open up, and who want to listen. It may be a friend, a parent, a sister, a brother. It might be someone at The Samaritans or CALM.

Even now, 18 months later, I get the impulse to ask Simon questions. You can use a search engine to ask how to put a shelf up, but Google can’t laugh at you for asking such an inane question, and it certainly can’t ask if you’d like to watch the football on Saturday afternoon, or buy you a birthday card.

What I'd say to everyone reading this: pick up your phone, send a text, and ask somebody the question that I never thought to ask my brother: ask someone how they’re feeling.

popular
Multiple fatalities after planes collide mid-air over airport
Andrew Tate banned from Instagram and Facebook
The JOE Friday Pub Quiz: Week 308
Incredible case of the only known individual whose parents were two different species
Court hears cringeworthy poems Ryan Giggs wrote to his ex
Former Playboy Bunnies detail what it was like having unprotected orgies with Hugh Hefner
Rishi Sunak names his usual Maccies order - but it was withdrawn more than 2 years ago
You may also like
Life
Demi Lovato battled with 'survivor's guilt' following Mac Miller's death
News
Paddy Pimblett: Number of men attending mental health club surges after UFC star’s speech on suicide
Life
Man carries fridge on back up Snowdon all for charity
Sport
Mohamed Ihattaren left out of Ajax training camp after being 'threatened and intimidated' at club
Entertainment
Machine Gun Kelly details how he put a shotgun in his mouth while Megan Fox was away filming
Next Page