Ketamine's uses extend beyond that of a party drug - some researchers have called its impact as a quick depression fix "the most important discovery in half a century." 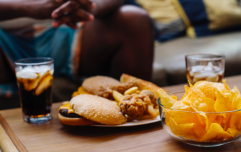 Junk food increases your risk of depression by 40%, research finds

END_OF_DOCUMENT_TOKEN_TO_BE_REPLACED

For a condition that sometimes ends in suicide the value of a rapid treatment is unquestionable.

"Imagine arriving in the emergency room with severe pain from a kidney stone — pain so bad that you can't think. You'll do anything to make it go away. And the doctors say, 'here's a drug that we've been using for 30 years, it works 50-60 per cent of the time, and it should start to work in 4-6 weeks.' That's currently the best we can do." Cristina Cusin, a psychiatrist and an assistant professor at Harvard University, told Business Insider.

Current treatments for people contemplating suicide are limited to phone lines, sedative drugs, and talk therapy. There is a growing scientific consensus that a new strategy is required, leading to studies into the potential mental health benefits of microdosing substances that are banned recreationally. These include MDMA, psilocybin and ketamine. 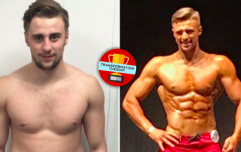 END_OF_DOCUMENT_TOKEN_TO_BE_REPLACED

She noticed that people given ketamine experience tangible changes in their brain, many of which take place in regions connected to our ability to process and regulate emotions. And it looks like the chemical increased activity in areas linked with reward processing too.

Researchers working with depressed and suicidal patients at Columbia University Medical Center found that ketamine curbed their suicidal thoughts far more effectively than a commonly used sedative. The moods of most participants in the study began to lift in less than 24 hours. In some cases the positive effects lasted more than a month.

Other scientists were shocked at the drug's efficacy and precision in four preliminary studies on patients with severe depression. 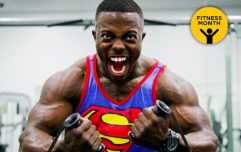 END_OF_DOCUMENT_TOKEN_TO_BE_REPLACED

"The findings were unanticipated, especially the robustness and rapidity of benefit," they wrote. "Ketamine appeared to directly target core depressive symptoms such as sad mood, suicidality, helplessness and worthlessness, rather than inducing a nonspecific mood-elevating effect."

"In the next few years I'm really hopeful that we’re going to see new drugs that are completely different than what we have now," she said.

In a Reddit post discussing the news one user said: "I've been participating in ketamine treatments, in fact I'm going again tomorrow. Most effective treatment I've ever had in 18ish years of trying just about every med on the market.

"It is dissociative, but not super intense, for me at least, but I do have experience with psychedelics, I know it hits some others harder. I just put on some chill synth music and drift for about an hour with an IV in my arm."