Hafthor Bjornsson - The Mountain from Game of Thrones - has explained how his diet has changed ahead of his hotly-anticipated fight against Eddie Hall.

END_OF_DOCUMENT_TOKEN_TO_BE_REPLACED

The Icelandic strongman used to put away as much as 10,000 calories when competing for World's Strongest Man, but he's since altered his nutrition plan for the boxing ring.

Bjornsson won World's Strongest Man in 2018, but stepping into the ring is going to place a different kind of stress on his body. It has called for somewhat of a dietary overhaul. 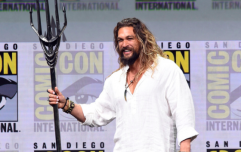 END_OF_DOCUMENT_TOKEN_TO_BE_REPLACED

Speaking to Men's Health, Bjornsson said the main change he has made to his diet is fairly simple to understand: cutting back on carbs.

Bjornsson said: 'I used to have six eggs [for breakfast] with rice and spinach but, this morning, I only had five eggs and just spinach. I skipped the rice.

"I'm trying to lose weight for the fight. It's working well: I've already lost 16kg. For the deadlift, I weighed 206kg. Today, I weigh 190kg. It feels great – I have much more energy."

Weight loss is generally a matter of calories in versus calories out. Do you necessarily need to cut your carbs? No, but this is the method which has helped Bjornsson get into a calorie deficit. 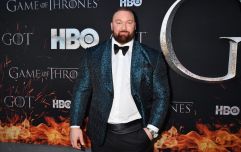 END_OF_DOCUMENT_TOKEN_TO_BE_REPLACED

Since making those comments, Bjornsson has gone on to lose a further 20 kilograms. He now looks super lean, while still weighing a whopping 170 kilograms.

"Easy one - I'd probably just squeeze his eyes out."

Ahead of their fight, The Mountain @ThorBjornsson_ responds to @eddiehallWSM, who said his 501kg world record deadlift wasn't legit. pic.twitter.com/K25qMdRCKc

Speaking to JOE at the time, Hafthor Bjornsson dismissed claims that his deadlift wasn't legit, and said Hall's body wasn't healthy enough to cope with his 500 kilogram pull.

He said: "This lift is probably more legit than any other lift that has ever been done in strongman before. If it's so easy, why don't you just go ahead and pull 502 kilograms?"

Bjornsson had only just begun training for the fight when we spoke in June.

"I can promise that I will not gas out first round like many people are predicting."

popular
Groom slammed for going to own wedding to bride, 16, in jeans and t-shirt
The JOE Friday Pub Quiz: Week 295
Woman reveals cruel reason date dumped her after they had sex for the first time
Topless mum in her undies rescues pet goose from bald eagle in crazy video
Confusion as woman appears to fart during viral clip of Depp-Heard trial
Kylian Mbappe asked PSG to sell Neymar and replace him with Ousmane Dembele
Helen McCrory's children give heartbreaking tributes at her memorial service
You may also like
Entertainment
UK Office officially better than US Office, according to huge critic poll
Entertainment
First trailer for Game of Thrones prequel House of the Dragon released
Entertainment
Emilia Clarke said Jason Momoa got her as drunk 'as humanly possible' during reunion
Entertainment
Game of Thrones creator George R.R. Martin promises different ending from TV series
Social Media
Sophie Turner posts 'time ain't straight and neither am I' on Instagram and fans lose it
Next Page