It's a pipe dream which many a company tried but ultimately failed to accomplish.

Your Apple smart watch could soon help monitor your blood sugar levels. Reports suggest Apple has hired a group of biomedical engineers who are secretly working on developing sensors to monitor glucose levels. This could be a life-changing development for people living with diabetes. 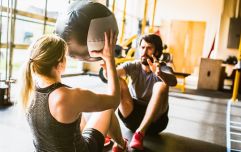 END_OF_DOCUMENT_TOKEN_TO_BE_REPLACED

The initiative was originally envisioned by the late Apple co-founder Steve Jobs, he hoped to bring technology to a point where it could make a real difference to the lives of people struggling with illness.

As it stands, it's incredibly difficult to read the blood sugar levels of individuals without piercing the skin but the wearable devices, if created successfully, would help monitor important vitals such as oxygen levels, heart rate, and blood glucose non-invasively.

According to CNBC, the group of engineers have been working at a remote location for the last five years. They're working to develop optical sensors, which involves shining a light through the skin to measure indications of glucose.

The Apple watch can currently monitor your heart rate and track your activity and if these secret trials are successful it could transform the smart device into a revolutionary health accessory.