By now, everyone knows that all you need to lose weight is a calorie deficit

But we still find ourselves in the midst of a growing obesity epidemic, so something doesn't add up. Maybe it isn't as simple as telling someone just to 'eat less, move more'.

Telling an overweight person that all they need to lose weight is to 'eat less, move more' is a bit like telling Norwich City all they needed to do to stay in the Premier League was to score more goals and concede fewer goals.

Don't you think they considered that?

Similarly, an overweight person knows full well that all they need to lose weight is a calorie deficit. They know it's fundamentally about eating less and moving more. But still people struggle. Why?

The main reason people fail when dieting is because they don't have a clear and sustainable plan in place which will get them into a calorie deficit.

The lack of a clear plan stems from confusion.


Fad diets such as Paleo and Keto posit the myth that it is 'cutting carbs' which causes weight loss, when in actual fact removing an entire food group from your diet only leads to weight loss because you're consuming fewer calories.

You don't need to remove an entire food group to reach that same end goal.

But this makes people demonise carbs and sugar, believing they are the problem - not the fact they're simply consuming too many calories.

Spoke to @jamessmithPT_ about the government’s new obesity plans.

Banning junk food after 9pm doesn’t really tackle the problem, or help educate people on how to take control of their health.pic.twitter.com/iUW53ode5r

Information overload is also an issue. At the touch of a button, there are hundreds of diets at your disposal all claiming to hold the 'secret' to weight loss.

There is no secret.

It is about 'eat less, move more', but we need to help people get into a calorie deficit in a way that is attainable for them as an individual.


Keto might help your mate from work hit a calorie deficit, but who's to say it'll have the same impact on you? 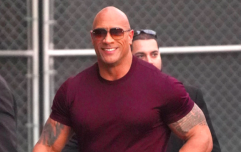 END_OF_DOCUMENT_TOKEN_TO_BE_REPLACED

If you're an office worker, maybe cutting carbs could work since you're not burning much energy sitting at a desk. But what if you work in construction, shifting heavy stuff around on site all day? Try doing that on hardly any carbs.

So, you're probably thinking - what are the best ways to go about eating less and moving more? How do I, as an individual, reach a calorie deficit?

Hopefully most who follow me understand that weight loss occurs via a caloric deficit. You’re taking in fewer calories than you’re burning. If you’re not losing weight over 3-4 weeks (and no other measurements are changing) you’re probably not in a caloric deficit. But just telling someone to get into a caloric deficit is as helpful as saying “eat less and move more.” Yes the principle is good to understand so you don’t start believing the fairy tales the gurus on the net are saying (hormones, body types, etc). But really what you need to figure out is how to get into that caloric deficit. There are multiple ways to do it. Some just change what they eat, which helps them automatically eat fewer calories. Eg switching fatty fried breaded meat to lean meat or swapping out starchy sugary carbs for lentils or fruit or veggies. Some start counting their calories, some use meal templates (my favorite). Some just stop getting extra helpings after their plate is done. Oh and some only eat between certain times (intermittent fasting). There isn’t any one way to do it and all of the ways will work if followed to an extent. It’s also important to note that just because one way didn’t work for you in the past won’t mean it won’t work for you now that you’re in a different position in life (married, kids, school, work yada yada yada). So hopefully at this point you’ve graduated beyond understanding it’s still calories in calories out and how you’re finding a way to do it in an effective non miserable way. #cico #iifym #rpstrength #rpstrengthdiet #mealplan #keto #vegan #cleaneating

As Dr. Nadolsky says, pick an approach that you enjoy and can stick to.

Remember, just because a diet plan worked for someone else doesn't mean it'll work for you. And for the same reasons, don't push your methods onto someone else.