'If I put someone like Conor on a Ketogenic Diet, he'd be f**ked!'

George Lockhart is a former US Marine who now produces nutrition plans for Conor McGregor and much of the UFC roster. In addition to his work with the UFC, Lockhart is also involved with promotions such as Bellator.

END_OF_DOCUMENT_TOKEN_TO_BE_REPLACED

Lockhart said, "with our fighters we base diets on four things: type, timing, portion size and hormonal response to foods."

If you're eating very close to a workout, you're better off opting for carbs high on the GI (Glycemic Index) scale. Bananas and honey are two good examples. High GI carbs are absorbed the fastest by your body.

The duration and intensity of your training also dictate portion size. A 30-minute bodybuilding weights session would not require the same volume of food that a few hours of in-ring training would. 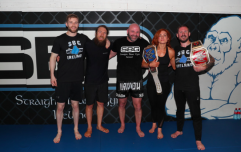 END_OF_DOCUMENT_TOKEN_TO_BE_REPLACED

Your post-workout nutrition depends on the kind of training you've been doing.

"If you jog, your body's primary source of fuel is fat. But if you've been lifting, your main source of energy comes from carbohydrates."

Aerobic activity such as jogging or walking will tap into your body's fat stores. When you increase the intensity of your training (in HIIT or pumping iron at the gym) this is more of an anaerobic activity. For this, carbs are the main fuel. Your muscles will need to stock up on glycogen (carbs) after an intense lifting session.

Get jacked and burn fat with this 10-minute kettlebell workout

This circuit is perfect for your lunch break or another occasion when you only have minimal training time. 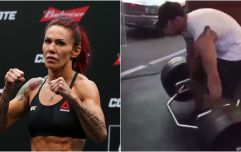 END_OF_DOCUMENT_TOKEN_TO_BE_REPLACED

Lockhart also discussed the benefits of a balanced and nutrient-rich diet.

"Yeah, omega 6 is inflammatory but you still need it. Omega 3 is anti-inflammatory so that balances it out. You also need enough sodium and potassium."

A problem with many modern diets is the way they exclude entire food groups - such as Atkins with fat and Keto with carbs. Your body needs all of these, plus vitamins, minerals and micronutrients. Quantities and timing may differ, but you shouldn't completely remove carbs or fat.

Research reinforces the benefits of the Mediterranean Diet, with its rich variety of nutrients and food sources. Studies show it can help fight disease and conditions such as blindness.

According to Lockhart, consistency is key with any diet.

"Consistency on a diet is the most important thing. If I get someone on the Zone Diet, Paleo Diet, Ketogenic Diet; if you're consistent on one diet you'll see results."

What works for one person may not be optimal for another. Although the Ketogenic Diet may achieve results in those who are sedentary, when you introduce training, you need a greater portion of carbs. This is a fact that Lockhart picked up on.

"But if I put someone like Conor on a Ketogenic Diet, he'd be f**ked!"

Lockhart also broke down the thought process behind McGregor's nutrition plan, if he was fighting at 9pm.