Yeah, we wouldn't be doing this...

What would you be willing to sacrifice for some spirited rumpy pumpy with a fair maiden?A night out with your friends? A limb?

END_OF_DOCUMENT_TOKEN_TO_BE_REPLACED

A large percentage of men would be willing to part with a limb rather than give up sex for the rest of their lives according to a survey from DrEd.

DrEd surveyed 2,000 people and asked them a series of sexual, "would you rather", questions, and got some rather surprising answers.

82% of American men and 57% of European men said they'd be willing to lose a finger rather than never be able to have sex again. Which, we don't necessarily condone or disagree with, because in all fairness, who uses their baby finger for anything anyway? We can understand this one.

But amazingly, 42% of American men and 29% of European men said they would be willing to part with an arm, rather than never have sex again... we don't know about the rest of you, but we rather like our arms and they're quite convenient for everyday life so we wouldn't lose them out of choice. 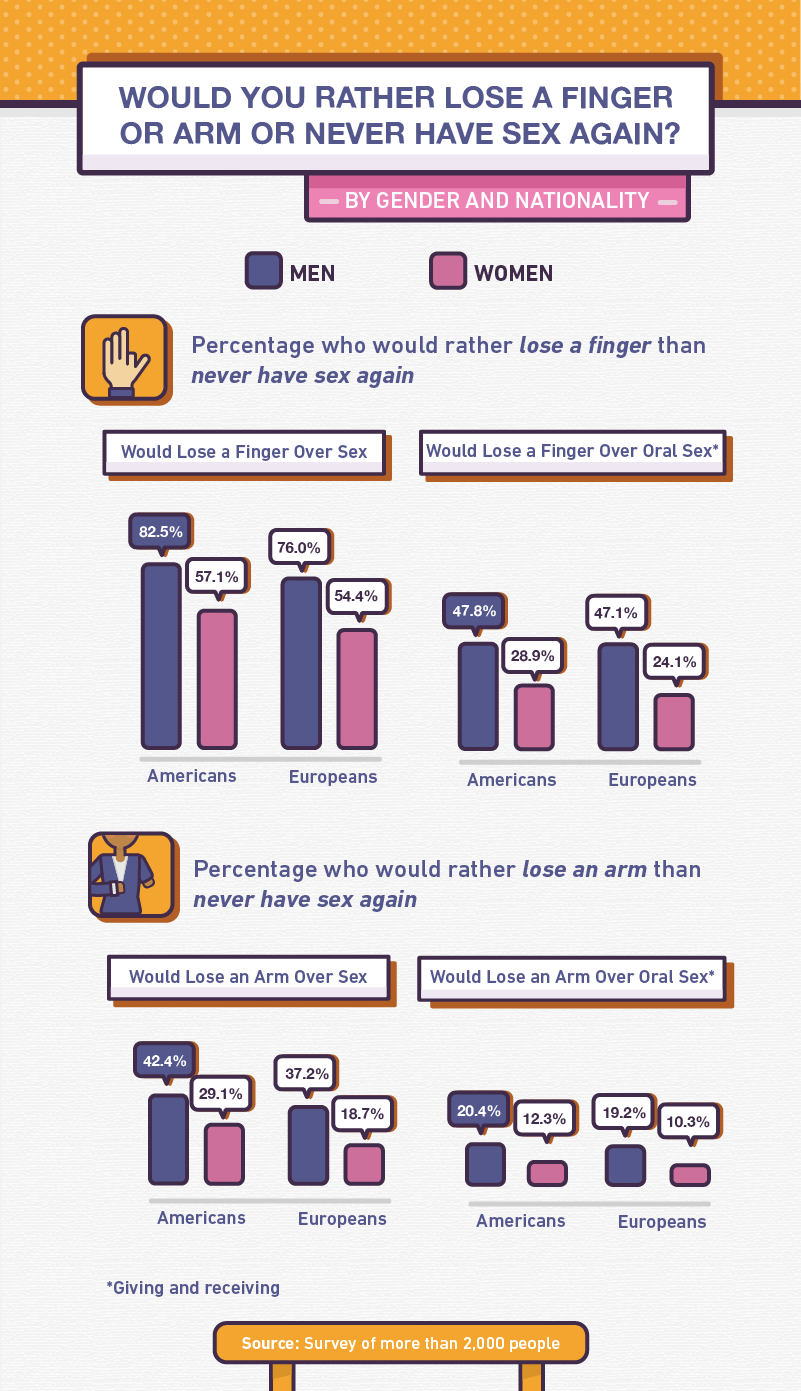 They also worked out the other things that people would be willing to give up than sex, with 75% saying they would rather give up partying than sex. 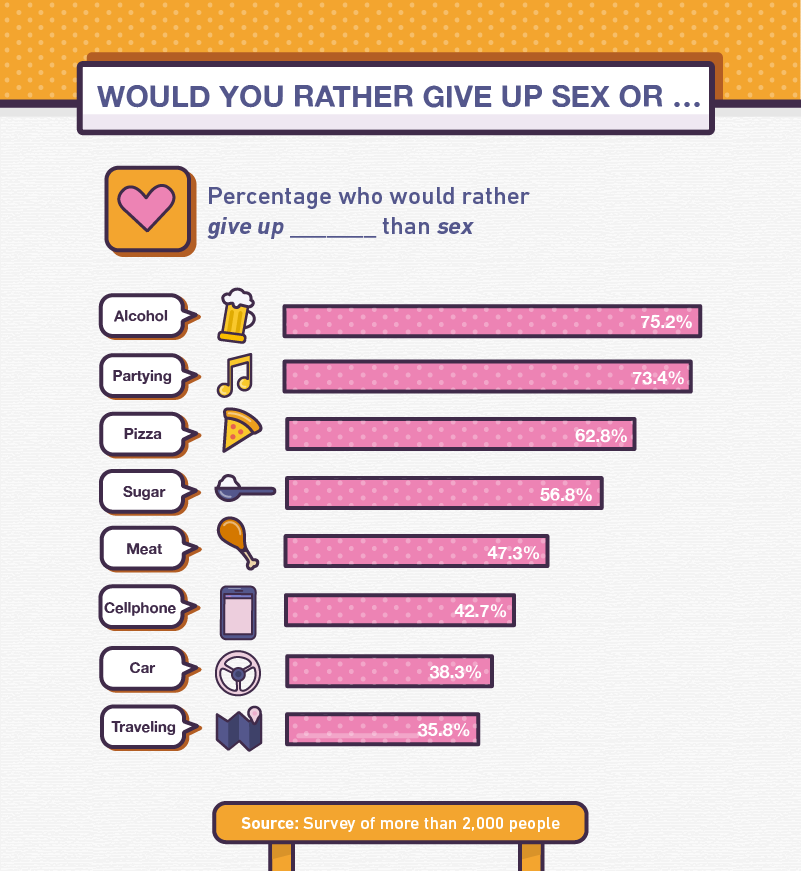