Cigarette packs are going to look very different from now on

All cigarette packaging will look almost exactly the same as of tomorrow, after a challenge to the High Court from Tobacco companies was dismissed.

Philip Morris International, British American Tobacco, Imperial Tobacco and Japan Tobacco International had all argued against the legality of the new standardised packaging regulations, but Mr Justice Green overruled them. 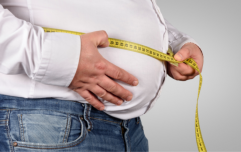 Obesity is a bigger killer than smoking, says new study

END_OF_DOCUMENT_TOKEN_TO_BE_REPLACED

So what does that mean for smokers? Well, every pack of cigarettes will now have to be olive green in colour, with a picture health warning that must cover 65 per cent of the front and back of the packaging. The new directive also states that there must be additional health warnings on top.

Essentially, the government is doing everything in its power to ensure people are put off buying their usual 20 deck, as well as making it look like a much less appealing habit to the next generation.

The legal challenges came from the world's four largest tobacco firms, but they've been swiftly dismissed. Mr Justice Green said: "The regulations were lawful when they were promulgated by Parliament and they are lawful now in the light of the most up-to-date evidence."

The companies are reportedly considering whether or not to appeal the decision.

It's been a week of huge overhaul for the UK smoking industry. Tomorrow also marks the beginning of a nationwide ban on 10-packs and menthol cigarettes.

popular
Insulate Britain protestors glue themselves to ground to prevent police arrest
Director relives horrific moment Alec Baldwin shot and killed cinematographer
Radio 1 DJ and I'm A Celeb star Adele Roberts diagnosed with cancer aged 42
The FootballJOE Pub Quiz: Week 11
Paul Scholes rips into Pogba after disgraceful performance vs Liverpool
Tilly Ramsay given 'full apology' after being 'fat-shamed' by LBC radio host
Amnesty International urge David Beckham to use Qatar ambassador role for good
You may also like
News
Marlboro maker calls for complete ban on cigarettes within ten years
Life
More than six in 10 Brits want smoking banned in pub gardens, survey finds
Uncategorized
Pregnant women could be given £400 in shopping vouchers to help them quit smoking
News
Calls for smoking to be banned in all pub gardens in Wales
News
MPs call for legal age to buy cigarettes to be raised to 21
Next Page