If it's half as good as This is England, we're in for a treat.

While there's no such thing as a guarantee of quality with any TV show or film, the name of Shane Meadows does carry a certain assurance.

END_OF_DOCUMENT_TOKEN_TO_BE_REPLACED

Why? Well, the British director has consistently made some of the finest films of the last decade and he can boast about having the likes of A Room for Romeo Brass, Dead Man's Shoes, and This is England on his CV.

For over two decades, the Staffordshire-born director has examined the problems, issues and criminality that exists within the underbelly of British society but in his new TV show, The Virtues, he's moving the focus over to Ireland.

In terms of plot, fans can expect another powerful and bold drama that tackles themes of repressed memory, apocalyptic revenge and the hope of redemption.

The incredibly talented Stephen Graham (This is England, ’86, ’88, ’90, Boardwalk Empire, Taboo) stars as Joseph, a barely on-the-wagon alcoholic whose precarious reality is knocked for six when his ex-partner moves abroad with their young son for a better life.

END_OF_DOCUMENT_TOKEN_TO_BE_REPLACED

With no immediate family to live for, Joseph is immediately haunted by a past that he has tried to forget.

Suffering the hangover from hell, he walks away from his present life and boards a boat that's bound for Ireland to confront some hazy and fear-inducing memories from a childhood that he spent in a care system that he’s had to forget.

Emotionally and physically wrecked, Joseph reunites with an incredulous Anna (Helen Behan; This is England ‘88 & ‘90), the sister he hasn’t seen since childhood.

Anna persuades her wary husband Michael (Frank Laverty; Michael Collins) to let Joseph stay and give him work in the family-owned building company. There, Joseph is forced to directly confront the demons of his past when he comes face to face with Craigy (Mark O’Halloran; Adam and Paul, The Guard), a shadowy figure who is dogged by dark rumours, and who won’t leave Joseph alone. 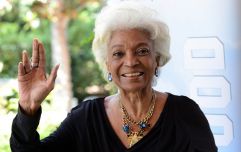 END_OF_DOCUMENT_TOKEN_TO_BE_REPLACED

The synopsis states that "The Virtues is a visceral and hauntingly unforgettable paean to the human spirit, shot through with bittersweet tenderness, compassion and unexpected moments of laugh-out-loud humour throughout. Deftly addressing challenging themes of revenge, redemption and repressed memory, Meadows and co-writer, BAFTA-winning Jack Thorne, ask questions of what it really means to be, and have, family".

The extremely talented PJ Harvey will be supplying the music for the show and the scripts are being written by Shane Meadows and Jack Thorne (This is England, ’86, ’88, ’90, National Treasure).

Meadows is also on directing duties throughout the show.

At present, there's no premiere date for the drama but we're really looking forward to this one.