Trailers are meant to sell you on a movie

They give you a bit of the plot - sometimes a lot more of the plot than you like - some cool sequences, a bit of an emotional hook, maybe an explosion or two. The usual. 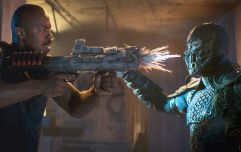 END_OF_DOCUMENT_TOKEN_TO_BE_REPLACED

Here, with the trailer for Will Smith's new animated movie Spies in Disguise, we have something a little different: an absolutely bonkers twist that made me shout 'What the fuck?' in the middle of the office when I watched it.

We're not gonna spoil it for you, though some would argue that pointing out a twist is a kind of a spoiler, but it's too late for that now. Just watch, enjoy, and have your mind blown.

So, have you watched it?

Have you watched it yet?

Ready to talk about it?

WHY DOES WILL SMITH TURN INTO A BIRD?

I DON'T UNDERSTAND. WILL SMITH WAS A SPY AND NOW HE'S A BIRD. WHAT? 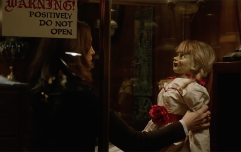 END_OF_DOCUMENT_TOKEN_TO_BE_REPLACED

The film's official synopsis reads: “Lance is smooth, suave and debonair. Walter is... not.

"But what Walter lacks in social skills he makes up for in smarts and invention, creating the awesome gadgets Lance uses on his epic missions. But when events take an unexpected turn, Walter and Lance suddenly have to rely on each other in a whole new way.

"And if this odd couple can’t learn to work as a team, the whole world is in peril."

Spies In Disguise is due out on September 19, 2019. That is absolutely ages away. I want to know more about the whole bird thing now.

popular
Man United's tactical issues summed up in six screenshots
A definitive ranking of every swear word from worst to best
Sex expert reveals most common mistakes couples make in bed
Here's how to see who's been taking screenshots of your Instagram Stories
A Netflix horror film is so terrifying people can't finish watching it
Five-time 'World's strongest man' brutally KOs 23-stone opponent in 18 seconds flat
How did Brian Laundrie’s parents find his remains in a few hours?
You may also like
Entertainment
Michael B. Jordan leads Jack Ryan spin-off Without Remorse
Entertainment
Leo DiCaprio's new global warming documentary actually gives us some hope
Entertainment
The brand new trailer for Avengers: Endgame shows Captain Marvel joining the fight
Entertainment
The trailer for the Black Mirror feature film just dropped and it's out this Christmas
Entertainment
Here is the trailer for the Men In Black reboot, with Liam Neeson, Chris Hemsworth and Tessa Thompson
Next Page