It's cold, it's wet, and the President of the United States has tested positive for a virus that has caused a worldwide pandemic.

So if you choose to spend this weekend ignoring the world and just watching movies and TV, we wouldn't really blame you.

END_OF_DOCUMENT_TOKEN_TO_BE_REPLACED

But what to watch exactly? Every week, loads of stuff gets added to Netflix and other streaming services, and we aim to pick out the best things to spend your hard-earned weekend watching. There's some new stuff, some old stuff, some TV and some movies. But all of it is worth a watch.

Vampires Vs The Bronx

There is a great tradition of horror being used a vehicle to sneak social satire into mainstream filmmaking, and Vampire Vs The Bronx looks like another great example of that. On the surface, it's a teens-versus-monsters movie in the vein of The Goonies or Stranger Things - however, dig deeper and you'll find a timely film about class warfare and gentrification. But it also has vampires. 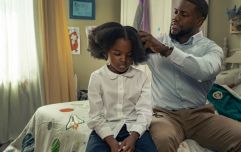 END_OF_DOCUMENT_TOKEN_TO_BE_REPLACED

Netflix has built up a bit of a reputation for rejuvenating the rom-com, with sleeper hits like To All The Boys I Loved Before, Always Be My Maybe and A Christmas Prince. And because there's no reason to mess with a winning formula, here is another one. From the creator of Sex and the City, this one is about Lily Collins moving to Paris and finding herself and love and stuff. 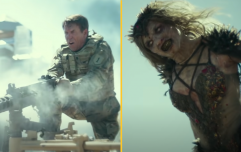 END_OF_DOCUMENT_TOKEN_TO_BE_REPLACED

A 20-year-old documentary about pro-wrestling might seem like a niche pick, but we cannot recommend this enough. If you've never seen it, Beyond The Mat captures nearly aspect of the crazy world of wrestling, from going behind the scenes at the WWF (now WWE) with Vince McMahon and Mick Foley, to the tragic stars of yesteryear trying to get their life in order.

If you are looking for some mindless horror to fill your weekend on Netflix, you could do a lot worse than marathoning the Paranrmal Activity series, of which these three entries have just been added.

A film that did not get a great response on its first release, but is actually a lot of fun. Ryan Gosling, Emma Stone, Anthony Mackie and Robert Patrick going around hunting gangsters and wearing cool 1940s clothes - what's not to like?

The popular Song Exploder does what it says on the tin, breaking down the creation of hit songs to see how they work. It has now made the leap to television, with the first season analysing tracks by Alicia Keys, Ty Dollar $ign, R.E.M. and Lin-Manuel Miranda.

This Channel 4 sci-fi series flew under the radar when it first aired in 2016, but it could definitely pick up a second life on Netflix - especially since it stars Michaela Coel, who is now a superstar thanks to I May Destroy You. A clever political-tinged tale about the border force that controls aliens coming to the Earth, it also features Michael Socha (This Is England) and Michael Smiley (Spaced).

popular
A definitive ranking of every swear word from worst to best
Here's how to see who's been taking screenshots of your Instagram Stories
The definitive ranking all 151 original Pokémon from worst to best
Find out where you rank in the world for penis size
Sir Terry Pratchett’s daughter shuts down ‘horrifying’ idea that her father would've been transphobic
Gary Neville points out the obvious about Digby, Lord Jones
Johnny Depp secures rare win over Amber Heard’s $7m divorce settlement pledge
You may also like
Entertainment
Furry community say Netflix series 'piggybacking' on those who identify as animals
Entertainment
Netflix to start offering video games as part of service
Sport
Zac Efron 'busts' his granddad out of nursing home to watch Euros final
Entertainment
Money Heist season 5 is dropping on September 3
Entertainment
New Stranger Things season 4 trailer hints we'll see more kids with Eleven's powers
Next Page