The man behind an excellent film set during the Troubles might be about to step up...

The next Bond film is in something of a state of disarray right now following the exit of Danny Boyle.

END_OF_DOCUMENT_TOKEN_TO_BE_REPLACED

Boyle had been scheduled to direct the follow-up to Spectre, but abruptly left the project due to the dreaded "creative differences" with the producers.

And now it's open season as to who will step up to helm Bond 25.

Several names are currently being bandied about, from the long-rumoured Christopher Nolan to Baby Driver director Edgar Wright, who recently emerged as a surprise contender.

Add in Hell or High Water man David McKenzie and Blade Runner 2049 director Denis Villeneuve and you have quite the high profile Hollywood battle afoot.

END_OF_DOCUMENT_TOKEN_TO_BE_REPLACED

And yet, none of them appear to be the outright favourite.

The Observer reports that Yann Demange, who won much acclaim for debut film '71 which takes place during a riot at the height of The Troubles, is back in contention to take the Bond reins.

Demange is said to be "desperate" to return to London and focus on a new British project, so the timing is handy, at least.

As for his rivals to the sharp-suited throne, Deadline notes that the film has yet to surrender its planned release date of 8 November, 2019. 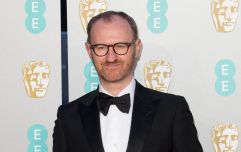 END_OF_DOCUMENT_TOKEN_TO_BE_REPLACED

They say that if a director is named within the next 60 days, Bond 25 may keep that original date.

Daniel Craig is expected to return despite speculation to the contrary.

As for the future, Idris Elba has ruled himself out of the running in spite of fevered speculation that the Luther actor was set to become the first black James Bond.