Is Vice a secret sequel to Anchorman?

END_OF_DOCUMENT_TOKEN_TO_BE_REPLACED

It is directed by Adam McKay. If you don’t know that name, then shame on you. McKay started out on Saturday Night Live, and went on to team with Will Ferrell for all of his best movies, including Anchorman, Talladega Nights, Step Brothers and The Other Guys.

McKay then went on to direct The Big Short – a film about a much more serious, real-life issue (the 2007 financial crash), but still brought his comic sensibilities with him. And he looks like he is doing the same with Vice. 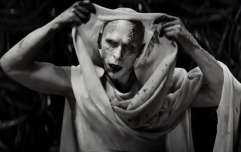 END_OF_DOCUMENT_TOKEN_TO_BE_REPLACED

As well as Bale, Vice features some big-name stars as real-world politicians – including Sam Rockwell as George W. Bush and Steve Carell as former Secretary of Defense Donald Rumsfeld.

Carrell of course previously worked with McKay in Anchorman, where he played dim-witted weatherman Brick Tamland. Do you remember how Anchorman ended? As pointed out by critic Mike Ryan on Twitter, there’s a montage of what the characters did next – and it says Brick went on to be “one of the top advisors to the Bush White House”.

Wait, does that mean Vice is actually a follow-up to Anchorman, with Steve Carrell in the White House!?!

Ok, it doesn't really add up - Rumsfeld also served as Secretary of Defense from 1975 to 1977 under Gerald Ford, during the period when Anchorman is supposed to be set. Plus, y'know, Rumsfeld and Dick Cheney and George Bush are all real people who actually exist in the real world, and shockingly Anchorman is a fictional movie.

Still, it is a pretty great bit of in-joke casting if it is deliberate.

popular
Incredible case of the only known individual whose parents were two different species
TikTokers are utterly convinced there is a secret zombie apocalypse going on in China right now
Time traveller’ claims to know exact date Queen will die
Women need to be dating men 10 years older than them, says relationship coach
People compare reaction to Tommy Lee's explicit post with the scrutiny Britney Spears is facing
Jealous man glued wife's vagina shut as he caught her cheating with four men
Darius Danesh opened up about his health struggles before his tragic death aged 41
You may also like
Entertainment
The hardest Batman movie quiz you will ever take
Entertainment
Donald Trump thought Christian Bale was actually Batman when they met
Entertainment
Anchorman director says Christian Bale ‘saved his life’ following heart attack
Entertainment
Christian Bale looks unrecognisable as Dick Cheney in the first trailer for Vice
Entertainment
How Christian Bale achieved the ultimate transformation
Next Page