New Spider-Man: Far From Home trailer answers a lot of your post-Engdame questions

The new trailer for Spider-Man: Far From Home is here, and it gives us the first look at the Marvel Cinematic Universe post-Avengers: Endgame.

END_OF_DOCUMENT_TOKEN_TO_BE_REPLACED

SPOILER WARNING if you still haven't seen Endgame - the trailer even stars with Spidey himself Tom Holland warning you about spoilers (yes, trailers have spoiler warnings now. What a time to be alive).

Ok, there is a lot to take in there. Let's pull out the key points:

It does indeed take place just after Endgame, as had previously been stated. Tony Stark is dead, Happy Hogan is sad, and Spider-Man has some pretty big shoes to fill.

It looks like all of Peter Parker's main buddies got snapped and returned - Endgame finished with those who'd been snapped being returned five years later, seemingly having not aged. MJ, Ned and Flash Thompson are all the same age, which is convenient really.

The big issue of half the world having aged five years while the rest stayed the same age is not addressed though, nor is the devastation to civilisation and world infrastructure The Snap would have cause. Maybe they are just gonna gloss that over?

Nick Fury is recruiting Spider-Man to do cool superhero stuff for him, with Iron Man and Cap gone. Thor is space, and Captain Marvel is busy. 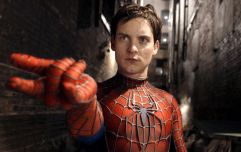 END_OF_DOCUMENT_TOKEN_TO_BE_REPLACED

Jake Gyllenhaal's Mysterio will start out as a good guy, or at least pretending to be one. With his powers being based on deception, it would make sense that he is pretending to be the new hero the world needs, while plotting his own nefarious schemes.

Most excitingly - and unexpected - though is the mention of a goddamn MULTIVERSE. Ok, there a loads of different multiple universes in Marvel Comics, but they mean one thing in particular for Spider-Man: THE SPIDERVERSE. Does that mean we are getting Miles Morales, or Spider-Gwen?

popular
'Super recogniser' draws 'accurate' modern Maddie McCann to help police find her
Mum in jail for murder pays tribute to son, 6, killed by his dad and new girlfriend
Chilling video shows moment step mum tried to get away with murdering boy, 6
Bellingham and Haaland criticise refereeing performance after Bayern Munich defeat
Bride faints on groom, vomits and gets pooed on during ceremony
'I did three grams of coke during a game': Inside football's problem with Class A drugs
Bomb squad rush to A&E after man arrives with WW2 artillery shell up his bum
You may also like
Entertainment
Tom Holland has said he wants to play James Bond
Entertainment
Spider-Man fans spot 'proof' Andrew Garfield and Tobey Maguire were edited from trailer footage
Entertainment
Spider-Man: No Way Home trailer gives us even more familiar faces
Entertainment
The Spider-Man: No Way Home trailer is here and it looks wild
Entertainment
Trailer for Spider-Man: No Way Home could drop this week
Next Page