Someone put googly eyes on Venom, and it is the most unsettling thing you’ll see today

This is should be in the actual film

Tom Hardy is starring in the new Spider-Man spin-off Venom, which is coming out later this year. 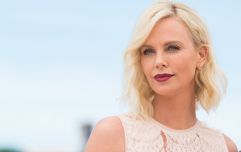 END_OF_DOCUMENT_TOKEN_TO_BE_REPLACED

Venom is generally regarded as Spidey’s most deadly – and most popular – foe. Journalist Eddie Brock fuses with an alien symbiote costume, turning him into a brain-eating monster.

The lack of Venom in the first trailer had fans worried, but his subsequent reveal shows him to be very comics-accurate, and his big tongue became a meme.

But forget all that. Someone on Twitter added googly eyes to Venom, and we can’t un-see it now.

But what if Venom had eyes? pic.twitter.com/Kl8TwI3rqz

Mom said it's my turn to play the Nintendo pic.twitter.com/bdLgauUTc4

This is way scarier than anything that will be in the actual film.