No dinosaurs, just belting out the classics 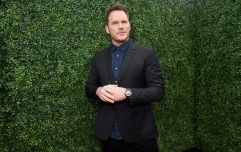 END_OF_DOCUMENT_TOKEN_TO_BE_REPLACED

Both Neill and Goldblum are reprising their roles from the original, Dr Alan Grant and Dr Ian Malcolm respectively.

Sam Neill is a frequent Tweeter, and has shared plenty of little snippets from the set of the film.

This time, however, he has brought in Jeff Goldblum for a little sing-song.

I Remember You #JeffGoldblum pic.twitter.com/gFAv6LGFH3

That's it. Just Jeff Goldblum and Sam Neill, crooning away at a piano. Nothing more. We don't need anything else.

The song they are meandering their way through is 'I Remember You'. Written by written by Victor Schertzinger, with lyrics by Johnny Mercer, it first appeared in the 1942 film musical The Fleet's Inn, and has been covered by artists including George Michael, Glenn Campbell and Tony Bennett. 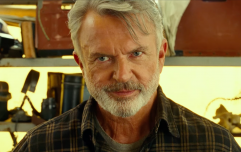 END_OF_DOCUMENT_TOKEN_TO_BE_REPLACED

As well as Sam Neill and Jeff Goldblum, Jurassic World: Dominion will see Laura Dern return to the franchise as Dr. Ellie Sattler. Chris Pratt and Bryce Dallas Howard are also back as the main characters from the Jurassic World series.

The franchise was restarted with 2015’s okay-ish Jurassic World, and its follow-up, the very-stupid-but-fun Jurassic World: Fallen Kingdom.

Sam Neill did return in 2001’s Jurassic Park III, where Dr Grant was recruited to help rescue a child who has become stranded on one of the dinosaur-infested islands. This will be the first time he has played the character in a film for nearly two decades, but he did lend his voice to the Jurassic World Evolution video game in 2018.

popular
Groom shocks wedding by playing video of his bride cheating with her brother-in-law
Two British men raped in Spain after being 'drugged while out on night out'
Tory leader in shambolic BBC interview saved by even more embarrassing sign on his bookshelf
Brian McFadden alarms fans after sharing video showing his horrific reaction to 'bee sting'
Study finds women have three types of orgasm - including 'the volcano'
Man fed 'highly poisonous' substance hidden in tuna to neighbours' cats which had to be put down
Runner finishes last in 400m race as penis keeps falling out of shorts
You may also like
Film
Sam Neill confirms he is returning to Jurassic Park by sharing an iconic image
Entertainment
Netflix announces a Jurassic World animated series is coming in 2020
Entertainment
First look at Jurassic World sequel features a dinosaur stampede... in the middle of a volcanic eruption!
Entertainment
Hollywood executive claims to know why Star Wars Episode IX director was fired
Entertainment
Gamescom 2017: The best trailers from Europe's biggest games show
Next Page