Who needs Ryan Gosling when you have Tom & Jerry?

There is a new Tom & Jerry film out soon, with the cat and mouse duo being rendered with state-of-the-art CGI, designed to ape the original two-dimensional cartoon shorts. 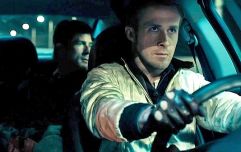 END_OF_DOCUMENT_TOKEN_TO_BE_REPLACED

Ok, you might not be that excited by that trailer if you are an adult. But this next clip is very cool.

Texas animation studio Brazen Animation posted a test real that they were asked to do before starting work on the film.

In the video, they have replaced Ryan Gosling in La La Land with the cat and mouse team - and it looks seamless.

"Some time ago WB asked us to do some R&D to help them figure out the style and look for the new Tom & Jerry movie. Here was our short R&D test. Hope you like it," they wrote in a tweet.

Animation and movie nerds will recognise this as a nod to Tom & Jerry history. Jerry famously danced with Gene Kelly in classic film music Anchors Away, all the way back in 1954.

And if you are not a big classic movie musical fan, you might still recognise that clip - as it was famously used in an episode of Family Guy, with Stewie replacing Jerry.