Name a film better than Face/Off

You can’t can you? Because there is not a film better than Face/Off. It may be hyperbolic and churlish to call Face/Off the greatest achievement in human history, but it would also not be inaccurate.

END_OF_DOCUMENT_TOKEN_TO_BE_REPLACED

Shockingly, it was only nominated for one Oscar – losing out on Best Sound Editing to Titanic. Both Cage and Travolta should have got Oscars. They should have got double Oscars. Four Oscars.

At the centre of the film’s genius is, of course, its wonderfully insane premise. Cage is a deadly terrorist, Travolta is an FBI agent trying to stop him, they end up swapping faces and hijinks ensue. When it first came out in 1997, it was just fantasy, it was science fiction, the crazy impossible daydream of a Hollywood screenwriter.

But now, technology has advanced. Surely we are at the point where face-swapping is real?

With that in mind, I contacted experienced undercover agent Richard Adams, who has worked for numerous intelligence agencies and wasted his precious time with questions about a two-decade-old Nic Cage movie.

“I don’t think swapping faces is practical, to be perfectly honest,” says Adams, crushingly. When I ask him what he would do if he had to switch identities with a freelance terrorist in order to find a bomb he had planted, he adds: “In reality, it would be a much more coordinated approach, that would be a mixture of CCTV, informants, taking phone records, checking email traffic. Then you might use undercover work.” 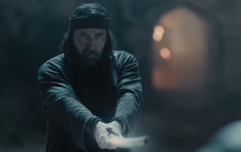 END_OF_DOCUMENT_TOKEN_TO_BE_REPLACED

He also says that today the need for removing someone’s face and putting it on your own is greatly reduced, as so much of it could be carried out digitally.

“There are two levels of undercover work. One is the deep long term penetration. The other side of it is more online, posing as somebody online,” Adams explains.

Most of the conversations can be done via text, meaning that you might only have face-to-face meets a handful of times during a long-term investigation.

“As long as you have a name, and a non-attributable email, and you can buy a pay as you go phone,” he says. 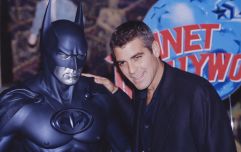 END_OF_DOCUMENT_TOKEN_TO_BE_REPLACED

One thing that has changed since 1997 is the spread of face-recognition software. Face transplants are now a real thing, with the first full-face operation having been completed in 2010. The procedure is of course used for those who have suffered horrific facial injuries, not badass FBI work – but in theory, could you steal your friends face to hack into their iPhone?

“The facial recognition simply works off a series of algorithms around your eyebrows, the distance between your eyes and your noses, things like that,” Adams says. “So, I guess in hyper-theory, if that face was a perfect match on a different head, it could fool the algorithms.”

And while face-swapping procedures are not here yet, there is tech will allow you to hide from facial recognition software – particularly those intended to spot people in crowds. “You can fool it by infrared light,” he says. “You can go and buy a baseball with little infrared emitters in the peak, and you also buy glasses that have an infrared glow off them. And apparently, that will white out your face.”

At this point, I reckon I’ve asked Adams enough stupid questions by comparing his profession to a John Woo film. But it turns out he actually has some praise for Face/Off.

“There were some things that were very accurate,” he says.“You see, there are mistakes that both characters make – like John Travolta, when he is the other character, he starts smoking.

Well, that was unexpected. The biggest barrier to IRL Face/Off is not medical science, it is human psychology. Still, it is somewhat disappointing to hear that still not really any closer to wearing Nic Cage’s face. Check back next time when I speak to an ornithologist about whether doves really do love to fly through the middle of a gunfight.