A new trilogy, or more spin-offs?

Three more Star Wars movies are on their way, Disney has confirmed.

The news is interesting, as it had previously been announced that they would be taking a break from Star Wars movies following Episode IX: The Rise of Skywalker.

That was largely thought to be the result of the lukewarm response to Solo: A Star Wars Story.

However, on Wednesday, Disney revealed an updated release schedule going up to 2027, and three new Star Wars movies are listed. 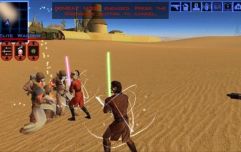 A movie based on Star Wars: Knights Of The Old Republic is in the works

END_OF_DOCUMENT_TOKEN_TO_BE_REPLACED

They are all just listed as 'Untitled Star Wars' and no other information is given.

Rian Johnson is reportedly working on a new trilogy of films, to be made when he finishes his next film Knives Out. Game of Thrones creators David Benioff and D. B. Weiss are also supposedly working on a trilogy of their own. Both these series will focus on new characters, and not the main Skywalker storyline, when and if they happen.

Anthology films in the style of Rogue One and Solo focusing of Boba Fett and Obi Wan Kenobi have also been planned, but the status of those are in doubt following the muted reception to Solo.

There's plenty of other interesting announcements on the Disney release schedule. For one, the long-rumoured Indiana Jones 5 appears to be confirmed for September 2021.

It also looks like the studio plans to alternate between Star Wars and Avatar sequels for the next decade, with the long-delayed Avatar 2 slated for December 2021.


popular
How many times can you see the number 3 on this iPhone screen?
The JOE Friday Pub Quiz: Week 185
QUIZ: Rock and alternative albums of the early 2000s
The JOE Friday Pub Quiz: Week 183
PlayStation and Xbox users will now be able to play against each other online
QUIZ: The hardest Gavin & Stacey quiz you'll ever take
The definitive ranking of Premier League badges