If you've been keeping up to date with this story, we are sure you're aware that James Gunn was fired as the director of Guardians of the Galaxy: Volume 3. Gunn was sacked following the uncovering of a number of offensive tweets that he posted in jest, which dated back to 2008. 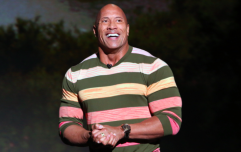 END_OF_DOCUMENT_TOKEN_TO_BE_REPLACED

Since then, there has been a number of theories suggesting that he may return to Guardians, and others suggesting he was done with it for good.

However, yesterday the news broke that Gunn is currently in talks with DC to tackle the sequel to Suicide Squad.

Reports say he has already signed on to write the sequel, and possibly direct as well.

We can expect Gunn to bring his wry sense of humour to the project (something the original Suicide Squad was seriously lacking), but he might be bringing something else unexpected with him as well – or should that be someone unexpected.

Dave Bautista, who plays Drax the Destroyer in Guardians, tweeted after the news was announced saying he wants to be involved.

Where do I sign up! James Gunn Boards ‘Suicide Squad 2’ To Write And Possibly Direct – Deadline https://t.co/OwdDbAm1Ks

Fans have already been speculating which DC Comics characters Bautista could possibly play in the Suicide Squad 2. Top of many people's lists are Batman villains Solomon Grundy and Tiger Shark. 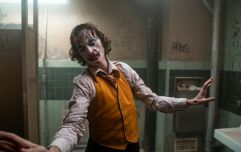 END_OF_DOCUMENT_TOKEN_TO_BE_REPLACED

Bautista has been a very vocal defender of Gunn since his removal from Guardians of the Galaxy: Volume 3.

The film's entire main cast, including Chris Pratt, Bradley Cooper, Zoe Saldana and Vin Diesel all signed an open letter to Disney defending the director, expressing their "love, support and gratitude for James".

Hey @Disney ! Here’s your guy!! What an inspiration to humanity! https://t.co/vBW7s1ZtQx

I will have more to say but for right now all I will say is this..@JamesGunn is one of the most loving,caring,good natured people I have ever met. He’s gentle and kind and cares deeply for people and animals. He’s made mistakes. We all have. Im NOT ok with what’s happening to him

Guardians of the Galaxy Volume 3 has been put on hiatus by Disney for the time being.

Also, watch us introducing Big Dave to a Henry Hoover.