Whenever an actor dies before their time, their final screen appearances can’t help but take on a new poignancy. Films like Enter The Dragon and The Dark Knight were made as fun entertainment, but are now tinged with sadness, evoking all the great work from Bruce Lee and Heath Ledger that we’ll never get to see.

END_OF_DOCUMENT_TOKEN_TO_BE_REPLACED

Unfortunately, this is now the case for the body of work of Black Panther star Chadwick Boseman, who passed away from colon cancer this week at the age of just 43. Boseman was already an icon – even before his death, his portrayal of T'Challa had given him immortality. But looking back, it was another of his films – his penultimate role in Netflix’s Da 5 Bloods, which was released in June – that is the most heartbreaking.

Directed by one of America’s greatest living filmmakers, Spike Lee, Da 5 Bloods follows four African-American Vietnam vets who return to Ho Chi Minh City in the present day, in search of both a treasure of gold bars, and the body of squad leader ‘Stormin' Norman, who was killed in action.

The four leads are played by Delroy Lindo, Clarke Peters, Norm Lewis and Isiah Whitlock Jr, all four of whom are in their late 50s and 60s. One of the conceits of the film however, and one of the several things that makes it so unique, is that the foursome still play themselves in the Vietnam War flashback scenes. 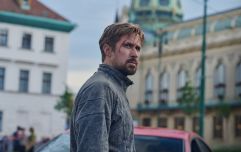 END_OF_DOCUMENT_TOKEN_TO_BE_REPLACED

Instead of casting younger actors, or expensive digital de-aging effects like in The Irishman, we just have the veteran actors playing themselves in their 20s.

It is an audacious trick, but somehow, it works. But what makes it even more powerful is the actor playing Stormin' Norman, the squad leader who never made it home: Chadwick Boseman, who is a good few decades younger than the leads.

Da 5 Bloods is a film about the past, and memories we hold of the past, and as a visual metaphor it is strikingly effective: here are four old men, looking for the one young man who never made it home, never got to have a life, never got to grow old, frozen in time, and the peak of his powers. 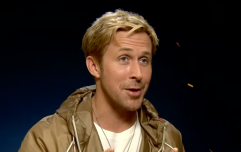 END_OF_DOCUMENT_TOKEN_TO_BE_REPLACED

Devastatingly, the same is now true for the man who portrayed him. We will never see Chadwick Boseman grow old. We will never have debates about whether Black Panther 4 jumped the shark. We will never see him give great an elder statesman performance that plays on his career, like Delroy Lindo gets to do in Da 5 Bloods.

The casting of Boseman was obvious – having the man the foursome looked up to so much played by one of the most iconic superheroes of our time. He is more a myth than a man.

Sadly that is even more true now than it was before. He is now frozen in his prime. He will live on forever in the image of T'Challa, or indeed ‘Stormin’ Norman, a hero who inspired so many.

His scenes in Da 5 Bloods were already very powerful. Now they are utterly heartbreaking.

Chadwick Boseman was diagnosed with colon cancer in 2016, which means that he was going through painful treatments when he made his final films, including Da 5 Bloods. He often played a hero on-screen, but to know that he was able to keep fighting for so long, and continue to work, means that he was a genuine inspiration in real life.

This is what makes cinema equal parts beautiful and painful: it captures moments in time. Da 5 Bloods encapsulates the fact that, for so many people around the world, Chadwick Boseman will live on forever, and it only makes a great film even more resonant.