Borat 2 is coming to Amazon next month, ahead of the US election

The surprise Borat sequel that Sacha Baron Cohen filmed in secret will be with us very soon. 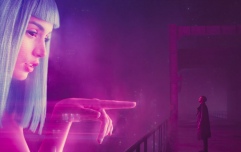 END_OF_DOCUMENT_TOKEN_TO_BE_REPLACED

It has been confirmed that Amazon has picked up the film for worldwide distribution, and will be available on Amazon Prime Video in late October, ahead of the US presidential election.

Amazon will make the film available in 240 countries and territories.

Earlier this week, it was revealed that the title of the sequel will be Borat: Gift of Pornographic Monkey to Vice Premiere Mikhael Pence to Make Benefit Recently Diminished Nation of Kazakhstan.

The US election takes places on November 3rd. It is interesting that it is being rushed out before the American citizens take to the polls, which would suggest some Trump-related content in the film. The title of the sequel makes reference to Vice President Mike Pence, and Sacha Baron Cohen's most recent series for HBO, Who Is America, did not shy away from the current political landscape in the US. 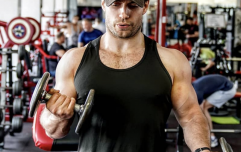 Henry Cavill 'pushing to be the next James Bond'

END_OF_DOCUMENT_TOKEN_TO_BE_REPLACED

Details of Borat 2 are slowly emerging. According to Collider, the film finds Borat "thinking he’s a big movie star after the success of the original 2006 film made him famous, so he’s trying to hide from the public by pretending to be someone else, and starts meeting and interviewing people incognito."