The 6 best things to watch on Netflix this weekend

With tighter coronavirus restrictions having just come into place and several areas of the country under local lockdowns, it might be a good idea to stay in this weekend and just watch Netflix.

But what to watch? That's why we're here to help. Instead of endlessly scrolling through the menus and just ending up watch Friends again, here are six things recently added to the service, some new, some classic, but all worth checking out.

Based on the series of YA novels by Nancy Springer, this obvious attempt to build a franchise for Millie Bobby Brown, that feels a bit like the sort of TV movie that BBC tends to show on Boxing Day. But the world is a bit scary right now, so we could use something a bit warm and cosy. 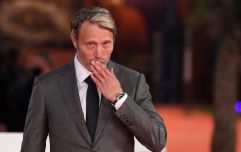 END_OF_DOCUMENT_TOKEN_TO_BE_REPLACED

The superhero movie that introduced Chloe Grace Moretz and Aaron Taylor Johnson to the world remains one of the cleverest and funniest takes on the genre. Even if you've seen it several times, there's definitely enough in there to make it worth a rewatch.

The eleventh installment of the Michael Myers saga pulled the trick of ignoring all the previous sequels and remakes, and instead is a direct follow-up to the original 1980 classic. It offers up some back-to-basics scare, Jamie Lee Curtis is back, it is produced by modern horror masters Blumhouse, and it is perfect if you want to get into the Halloween spirit a bit early. 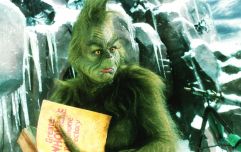 How The Grinch Stole Christmas is officially the most Christmassy film ever, according to science

END_OF_DOCUMENT_TOKEN_TO_BE_REPLACED

Another cracking Netflix sports doc. In this one, each episode features a sitdown interview with a coach at the top of their game, giving their personal rules for success in both sport and life. Subjects include NBA Doc Rivers, Serena William's coach Patrick Mouratoglou, and some bloke called Jose Mourinho.

Are you the sort of person who's bedroom walls are stacked with perfectly ordered Nike and adidas shoeboxes? Then this comedy, about a wheeling-dealer sneakerhead in pursuit of a mythical pair of trainers, is for you.

The new show from American Horror Story creator Ryan Murphy dropped last week, but is still worth catching up with. A prequel to One Flew Over The Cuckoo's Nest, it stars Sarah Paulson in full scenery-chewing mode as the notorious Nurse Ratched.


popular
QUIZ: How well can you remember the movie Elf?
Terms & Conditions: Russian Standard Vodka
The definitive ranking of every British pub snack
Donald Trump mocked for delivering speech at tiny little table
Marcelo Bielsa says fans should be banned until all teams can welcome them back
The JOE Friday Pub Quiz: Week 219