Ben Affleck reveals why he quit being Batman

Last month, it was confirmed, after months of rumours, that Ben Affleck was hanging up his cowl and stepping down from the role of Batman. 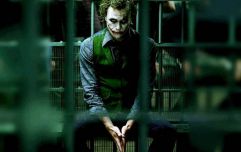 END_OF_DOCUMENT_TOKEN_TO_BE_REPLACED

Now Affleck has confirmed why he made the decision. He appeared on Jimmy Kimmel Live, and explained what happened.

"I tried to direct a version of it, worked with a really good screenwriter, but couldn't come up with a version," Affleck admitted.

"Couldn't crack it. So I thought it was time to let someone else take a shot at it and they got some really good people."

Ben Affleck was of course originally not just going to play Batman, but also write and direct the new solo Bat-film. The actor has shown real talent since stepping behind the camera with films like Gone Baby Gone, The Town and the Oscar-winning Argo - and his handling of gritty crime tales suggested that he'd be a great choice Gotham City.

Things weren't to be though. The reception to Batman Vs Superman: Dawn of Justice and Justice League were lukewarm at best, even if Affleck himself made a pretty good Bruce Wayne.

It was then announced that Cloverfield's Matt Reeves was to replace Affleck as director of The Batman, with the actor eventually abandoning the project altogether.

Warner Bros is now on the look for a new star to pick up the cowl.