"We live in a society, where honour is a distant memory. Isn’t that right Batman?"

The first official trailer for the Justice League 'Snyder Cut' has dropped, and it is full of the ridiculous over-the-top imagery that you'd expect from Zack Snyder. 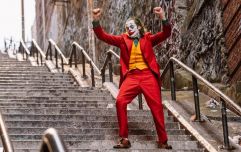 END_OF_DOCUMENT_TOKEN_TO_BE_REPLACED

The biggest moment comes at the end though, when Jared Leto's Joker and Ben Affleck's Batman come face to face.

After the failure of the original version of Justice League, it looked like those to versions of the characters would never meet - especially when Joaquin Phoenix starred in Joker and Robert Pattinson was cast in the new Batman film.

But now they have come face to face. "We live in a society, where honour is a distant memory, isn’t that right Batman?" the Joker tells the Caped Crusader.

Yes, Jared Leto's Joker really said "We live in a society." Drink it in, guys.

Jared Leto's version of the Joker first appeared in Suicide Squad, but was generally unpopular with both critics and fans. Suicide Squad and it has been reported that several scenes featuring Leto were cut from the finished film.

However, Leto has returned for the Snyder Cut of Justice League, with the character going under a redesign. Most notably, some of the tattoo he had in Suicide Squad appear to have disappeared.

Let's also take a moment to remember though that the Joker did get his own music video featuring Rick Ross and Skrillex. So it wasn't a total loss.

Zack Snyder was originally meant to be the director of 2017's Justice League, following on from Batman Vs Super-Man: Dawn of Justice, and being DC's answer to The Avengers. 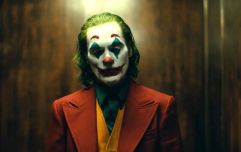 END_OF_DOCUMENT_TOKEN_TO_BE_REPLACED

However, Joss Whedon was eventually brought in to rework the script and do extensive reshoots on the film.

After the released version was hated by both critics and fans, it was announced that Snyder's version would be finished and released to HBO Max on March 18th. No UK release has been announced yet.