Controversial opinion: Back to the Future is quite a good film

The sci-fi adventure tells the story of small-town teenager Marty McFly, who thanks to the experiments of his eccentric friend Doc Brown, is set back in time to the 1950s, where he has to… 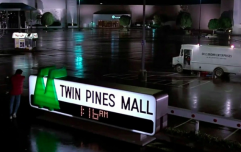 END_OF_DOCUMENT_TOKEN_TO_BE_REPLACED

Wait, what are we even doing? You know what happens in Back to the Future. You’ve seen it a million times, you watch it every bank holiday on Film 4.

Anyway, the film has remained a beloved classic, and despite the fact we are now as far away from its original release as the 1950s were from 1985, each new generation has continued to fall in love with the trilogy.

And here's an example of the fandom continuing. Two eager Back to the Future fans got to get their photo with Marty McFly himself, Michael J Fox, at the FANEXPO Canada Convention in Toronto.

But they didn't just take a simple selfie with him. Oh no. They went and recreated this classic scene from the film: 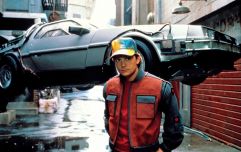 END_OF_DOCUMENT_TOKEN_TO_BE_REPLACED

They recreated the photo that Marty has of himself with his siblings Dave and Linda - who start to fade from the photo after Marty prevents his parents from meeting, meaning that the trio will never be born.

They even recreated Dave's Mickey mouse shirt and Linda's Class of '84 sweater perfectly.

Michael J Fox and Christopher Lloyd have reprised the roles of Doc and Marty several times since Back to the Future Part III, but despite a fake post going viral last year, a fourth film is not on the cards.

popular
Fans shocked by Tommy Lee's extremely X-rated post on Instagram
Robin Williams' wife shares reason why he killed himself
‘Time traveller from 2090’ warns humans of worst event in history in coming days
Groom shocks wedding by playing video of his bride cheating with her brother-in-law
Runner finishes last in 400m race as penis keeps falling out of shorts
Woman arrested after husband caught her on video allegedly using drain cleaner to poison him
Emergency service workers took photographs of Kobe Bryant’s body 'for a laugh’
You may also like
Entertainment
Rick and Morty reveals live-action Christopher Lloyd promo
Entertainment
Michael J Fox returns as Marty McFly in Lil Nas X video teaser
Entertainment
No, Back To The Future Part 4 is not happening. Sorry.
Entertainment
Michael J. Fox got a standing ovation as he hit the Oscars in a DeLorean with Seth Rogen
Entertainment
JOE's weekly entertainment wipe...
Next Page