It has been quite a year, hasn't it?

Like everything else, the film industry has been ravaged by COVID-19. Nearly every big movie not called Tenet has been postponed, and those still scheduled to come out this year are likely to suffer the same fate. And it has hit the Marvel Cinematic Universe just as hard as anything else.

This year was supposed to see two new entries in the Marvel Cinematic Universe: Black Widow and Eternals. But on Wednesday it was confirmed that both releases have been put back to 2021, meaning this will be the first year without an MCU movie in a decade.

Both films had already been delayed once.

2009 was the last time that no Marvel Cinematic Universe films came out in a calendar year, following the release of Iron Man and The Incredible Hulk in 2008.

This is the list of films from each year, if you are racking your brain to think of them all: 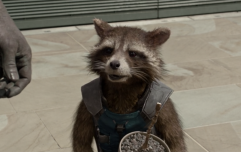 QUIZ: Can you name the Marvel Cinematic Universe film from just a single screen shot?

END_OF_DOCUMENT_TOKEN_TO_BE_REPLACED

Black Widow was originally meant to come out in May, but then was put back to November, and then moved again this week to May 2021.

Eternals had a November release planned at first, though it was believed that Black Widow was going to take its slot after the first delay. It is now scheduled for November 2021.

Black Widow is, of course, the solo film starring Scarlett Johansson's Russian superspy in her own adventure.

Enternals , however, is a bit more of a harder sell, being based on Jack Kirby's interstellar saga from the 1970s. It does have a stacked cast though, including Angelina Jolie, Kumail Nanjiani, Salma Hayek, Kit Harington and Richard Madden.