In a bid to predict the future, a UK casino is looking to hire someone for £5,000 to watch every episode of The Simpsons from start to finish.

END_OF_DOCUMENT_TOKEN_TO_BE_REPLACED

The "Simpsons Series Analyst" position is being marketed by Platincasino.co.uk with the hopes of tracking major events in the future. The job entails watching all 706 episodes of the hit animation while also marking down crucial events for the future.

Could this finally answer how The Simpsons manages to predict major world events?

The Simpson's has predicted countless events over its 30-year-plus tenure, including the election of Donald Trump, Disney's acquisition of 20th Century Fox, Gaga's Super Bowl performance, the horse meat scandal and the NSA scandal, to name but a few. 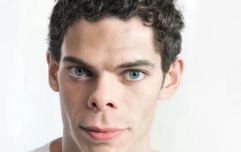 END_OF_DOCUMENT_TOKEN_TO_BE_REPLACED

The casino hopes to predict events from 2022 onwards, turning them into the soothsayers of the future.

Besides the cracking salary of the position, they will also cover expenses as well. This includes the subscription to Disney+ and WIFI bills but it's not clear whether they will cover snack costs.

But should they not pay for numerous bags of popcorn, then don't fear as they will also send you a weekly box of doughnuts in honour of Homer Simpson.

The job itself takes place over eight weeks and applicants should be able to commit to 35 hours a week. 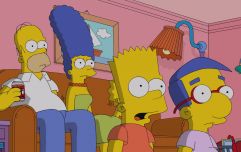 END_OF_DOCUMENT_TOKEN_TO_BE_REPLACED

Applications are open until October 31 and no prior experience or qualifications are needed to apply. They do, however, insist that a love of the show is vital.

After the binge's conclusion, the casino's team of prediction experts will rank the lists in how likely they are to happen.

You can find more information here.