Tom Hiddleston is going to be your next James Bond. Maybe.

We have a new James Bond. Maybe.

It has become more or less an open secret that Spectre will be Daniel Craig's last performance as James Bond, and with the role of 007 up for grabs, numerous actors have been rumoured to be the next James Bond.

We've had Mad Max Tom Hardy say he'd 'smash Bond out of the park, Scottish actor Ewan McGregor has mentioned an interest in picking up where Sean Connery left off and of course, we can't talk Bond casting without mentioning the years of Idris Elba rumours.

Heck, this week we saw social media user champion Gillian Anderson to take up the role as Jane Bond.

It seems like everyone wants to play the secret agent, but it looks like we may finally have a new Bond... and it's going to be Tom Hiddleston.

Film website birth.movies.death is reporting that the British actor is in 'advanced talks to take over the role from Craig.'


Choosing words carefully, our source confirms that while talks have indeed taken place, and that Hiddleston very much wants the job (a fact of which he’s made no secret), no official offer has been made - yet. 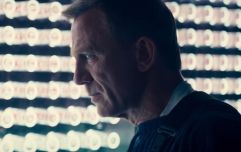 END_OF_DOCUMENT_TOKEN_TO_BE_REPLACED

The website reports there are two ways to take the news. Either the bookies are right and Tom is most likely going to be the next James Bond, or Bond producer Barbara Broccoli still wants Daniel Craig to come back is playing hardball.

Either way, there's a wonderful amount of to-and-fro over the who will play James Bond for his 25th film, something that Tom himself has brought up recently when he was on The Graham Norton Show.

Tom Hiddleston certainly has the acting chops, and his turn in The Night Manager has shown us he's definitely got spy work down. Adding that Tom went to the school 007 and author Ian Fleming went to (Eton College, naturally), then James Bond just might be the role he was born to play.

What do you think of Tom Hiddleston as the next James Bond? Let us know at [email protected], or drop us a message on Facebook.


popular
The Hardest Star Wars Quiz You Will Ever Take
Marvel fans left extremely confused by WandaVision trailer
Gordon Ramsay mocked for charging £45 for tiny roast dinner at posh restaurant
QUIZ: Identify the football club from these 12 badges
The JOE Friday Pub Quiz: Week 1
This man dropped two stone and got shredded over lockdown with just three pieces of equipment
QUIZ: How well do you remember the Who Shot Mr. Burns episodes of The Simpsons