If you want to be a Pokemon master, you've Gotta Catch Em All, according to the classic cartoon theme tune.

Millions of people are still out there in the world doing just that - trying to catch all 145 of the elusive little blighters.

END_OF_DOCUMENT_TOKEN_TO_BE_REPLACED

News is already filtering through of a couple of Pokemon nuts who have managed to bag every one of the creatures and finish the game.

If you've played the game yourselves you'll probably be the same Pokemon popping up on your radar every single time you're out hunting. Just like when 90s Ipswich star John Wark used to pop up in every pack of fucking Panini football stickers you ever bought, there's some Pokemon that you're just sick of the sight of.

But obviously some sightings are rarer than others - you only have to see the reaction of gamers when a Gyarados reared its head in Central Park, New York. 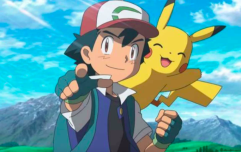 END_OF_DOCUMENT_TOKEN_TO_BE_REPLACED

Some Pokemon are also a shite sight harder to catch than others, as you've also probably discovered when lobbing augmented reality Pokeballs around with heartbreaking futility.

But Redditor Jordansw has put together a supposedly definitive chart showing some of the hardest Pokemon to catch and some which are rare as rockinghorse shit.

You're probably not going to be surprised to see that ones like Pidgey and Zubat popping up more often than the latest Paul Pogba rumour.

But in terms of rarity the likes of  Meowth(0.39 per cent), Ponyta and Machop (o.46 per cent) are among the hardest to find. But there's one Pokemon above all others that's an absolute swine to catch...if you ever find one that is.

Not only does Jordansw claim that it has a 0.36 per cent chance of coming across one, but then it has an infuriating 99% flee rate. As he points out you could throw a pokeball at one 100 times and only catch one once.

Good luck with that one...

TIL Abra has a Flee % of 99. That means 99 out of 100 times if Abra breaks free from your pokeball, it's going to run from pokemongo

popular
Amber Heard says her sister taught Johnny Depp to snort cocaine with a tampon
Lip readers analyse what Johnny Depp’s lawyer told him as they celebrated in court
Wagatha Christie: Wayne Rooney describes 'awkward' moment he asked Jamie Vardy to get his wife to 'calm down'
Julia Fox says Amber Heard was not 'powerful enough' to abuse Johnny Depp - and people are divided
Martin Skrtel retires from football due to health reasons
Coca-Cola announces change to its bottles
Amber Heard carried a make-up kit 'at all times' to cover bruises, court hears
You may also like
Crime
Man jailed for using covid support to buy Pokémon card worth $57,000
News
Logan Paul realises he spent £2.6m on fake Pokemon cards worth £260
News
Pokémon sends rare cards to boy who sold his collection to save his dog
Gaming
QUIZ: Name these Game Boy games from just a single screenshot
Gaming
The release date for Pokemon Sword and Shield has been announced
Next Page