What do you think about the Riddler's costume change?

The internet is divided once more after first-look images of The Batman's Riddler were revealed on Twitter.

Typically speaking, the Riddler is usually seen in a green suit/Via DC Comics

END_OF_DOCUMENT_TOKEN_TO_BE_REPLACED

While the buzz for The Batman, directed by Matt Reeves, is still immensely positive, people have some thoughts about the latest costume reveal. The Riddler, who Paul Dano will play, is seen clad in a green leather mask and accompanying green jacket.

The internet is divided over #TheBatman and its chosen costume for the Riddler- played by Paul Dano.

What do you think? Trash? Or terrific? pic.twitter.com/KzsoRQCOI3

Superhero movies often adapt iconic costumes to be more suited for a contemporary audience. While they almost always pay tribute to the costumes long since passed, this new addition seems to stray from the source material.

It's a nice play on Zodiac, I'm into it considering the vibe they're going for in the film 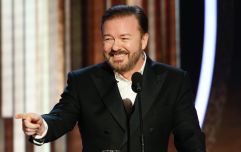 END_OF_DOCUMENT_TOKEN_TO_BE_REPLACED

The Gotham villain is usually seen in head to toe green with a matching bowler hat in the comics. Jim Carrey's depiction of the character from 1995's Batman Forever is more comic accurate for sure but perhaps lacked the gritty edge The Batman is going for.

People have taken to Twitter to discuss the costume change, with one of our followers writing: "Looks amazing I think. I'm really excited for this movie think I may be the best Batman movie yet."

But not everyone enjoys the new costume, and many have compared it to Kanye West's fashion label Yeezy.

I really like that he looks like the Zodiac Killer which is very fitting for the Riddler pic.twitter.com/TPFgDCCqm8

Another said: "It's boring, which is the worst crime possible."

A more nuanced response reads: "It's an interesting, pared down interpretation of riddler in his beginnings that leans into his callousness and violence and, more importantly, fits the tone & vision of the story."

The Batman, starring Robert Pattison and Zoe Kravitz as Batman and Catwoman, is due to hit the big screens on March 4.