Stan Yanevski, the actor who played Victor Krum in Harry Potter and the Goblet of Fire, may not be a household name, but these days the 33-year-old looks capable of actually destroying your house and punching his name into the foundations so that you never forget it.

The Bulgarian actor is all over Instagram, documenting his training, which, as you might imagine, features a lot of heavy things and him lifting those heavy things up and down until massiveness is achieved.

Here he is in Harry Potter and the Goblet of Fire

And here he is now 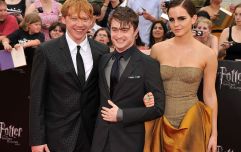 END_OF_DOCUMENT_TOKEN_TO_BE_REPLACED

Here he is, doing some of the heavy lifting. The things go up, and then they go back down again, hence why his arms are so incomprehensibly big. I'm no gym expert, but I believe the technical term is 'swole'.

How has he achieved his impressive physique? In one Instagram post he wrote: "So the answer to how I do it is I lift heavy and never give up, challenge my body and dream big."

(There were a lot of hashtags in that particular post, so forgive us for snipping them out, Stan.) 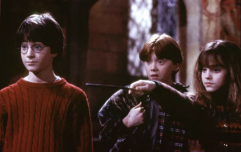 Twenty years on, Harry Potter and the Philosopher's Stone is still the best fantasy film ever

END_OF_DOCUMENT_TOKEN_TO_BE_REPLACED

In Harry Potter and the Goblet of Fire, Yanevski played Bulgarian Quidditch star Viktor Krum, who was named champion for Durmstrang, the European wizarding school competing alongside Hogwarts in the Goblet of Fire tournament. Krum falls for Hermione, saying that "never felt this way about a girl before."