Rose Ayling-Ellis will make history today when she becomes the first celebrity to sign a CBeebies bedtime story. 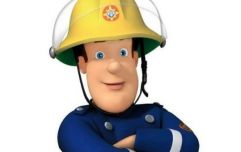 END_OF_DOCUMENT_TOKEN_TO_BE_REPLACED

The EastEnders actress and Strictly Come Dancing winner, who was born deaf, will mark the end of Deaf Awareness Week by using British Sign Language to tell the tale Can Bears Ski?

It is the first of two stories the 27-year-old has recorded for the show. 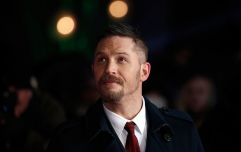 END_OF_DOCUMENT_TOKEN_TO_BE_REPLACED

The story is about a young bear, and follows the journey of a son and father as they discover and manage deafness. It was written by Raymond Antrobus and inspired by the author's own experience of being deaf.

Ayling-Ellis will only speak twice throughout the entire programme - once at the beginning to introduce the story, and again at the end to say goodnight.

Subtitles will also be provided on screen.

"Really stand up for what you believe in." We caught up with @RoseAylingEllis to chat about the #bsl Bill, signing on Newsround, and her groundbreaking @CBeebiesHQ bedtime story. pic.twitter.com/41925fEwRB

Speaking about her debut on the show, Ayling-Ellis said she is "super excited" to read her first ever CBeebies bedtime story in BSL.

"It's even more wonderful to share a story written by a deaf writer," she said.

"I hope deaf children enjoy the story and it inspires hearing children to want to learn BSL more."

The actress, who found fame playing Frankie Lewis in EastEnders, stole the nation's hearts with her performances on Strictly last year - becoming the first deaf contestant to win the competition with dancing partner Giovanni Pernice.

The star actively campaigned for BSL to be recognised as an official language in the UK, and a bill to make this happen passed its final reading in the House of Lords last week.

Speaking about the bill, Ayling-Ellis said she was "so happy" it had been passed, adding: "I think it's good that we're getting the respect that we've deserved for so long