The actor was spotted wearing a period costume

The filming of the popular BBC crime series Peaky Blinders has recently returned to the North of England as fans prepare another series of unpredictable and exciting Shelby action.

The Line of Duty star Stephen Graham was spotted on set in Liverpool over the weekend, it has been revealed.

The actor donned a relaxed shirt, trousers and a waist coat when he was spotted on the set of Peaky Blinders.

There was widespread speculation in 2019 that Graham would feature in an upcoming season of Peaky Blinders, however his appearance was delayed due to the Covid-19 pandemic.

The actor confirmed the news during the Pound for Pound podcast in Spring last year.

Graham said: "I was supposed to be starting Peaky Blinders but that has been put on hold indefinitely. 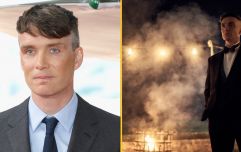 END_OF_DOCUMENT_TOKEN_TO_BE_REPLACED

"My agent spent a lot of time putting that together," he added.

It looks like the plans are back on as the This is England star was seen on set.

Filming for the sixth season of Peaky Blinders was delayed due to the pandemic, but resumed in January earlier this year.

This comes after Helen McCroy, who starred as Polly Gray, the aunt of the Shelbys, sadly passed away earlier this month, with fans paying tribute to the much-loved actress.

All our love and thoughts are with Helen’s family. END_OF_DOCUMENT_TOKEN_TO_BE_REPLACED

The show's creator, Steven Knight, described McCroy as "one of the great actors of her generation."

He told the Radio Times: "Helen McCrory was both the sovereign and the maid, regal and rebellious in the same minute."

Fans took to social media to pay tribute to the talented actress.

One fan said on Twitter: "Oh no, this is so sad, may she rest in peace, such a talented actress she will be soooo missed."

Another said: "Thinking of her family and @ThePeakyBlinder family.

"Tragic loss. Her performance as Polly is unforgettable."

popular
'Super recogniser' draws 'accurate' modern Maddie McCann to help police find her
Jack Wilshere could be set to resume career with National League Wrexham
Liverpool's Diogo Jota somehow manages to miss easy finish against Wolves
Mum in jail for murder pays tribute to son, 6, killed by his dad and new girlfriend
Chilling video shows moment step mum tried to get away with murdering boy, 6
The JOE Friday Pub Quiz: Week 272
'I did three grams of coke during a game': Inside football's problem with Class A drugs
You may also like
News
Peaky Blinders pay tribute to Helen McCrory after she dies aged 52
Entertainment
Peaky Blinders: The fandom that collapsed in on itself
Entertainment
Peaky Blinders director says that Season 5 is 'getting closer' as the final touches are done
Entertainment
Peaky Blinders video game confirmed for 2020
Entertainment
I’m A Celebrity guards tackle intruder who breaks onto set in massive security breach
Next Page