Struggling to compute this one.

Shrek is the gift that keeps on giving. 20 years after its release, fans are still discovering hidden jokes and easter eggs that have gone unnoticed in this cinematic masterpiece. 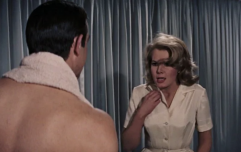 END_OF_DOCUMENT_TOKEN_TO_BE_REPLACED

These hidden and disguised treats are usually funny jokes, throwaway lines, pop culture references or adult humour that the makers managed to make subtle enough for it to still count as a kids film - just. Looking at you Lord Farquaad.

But this has got to be the darkest easter egg of the lot. Which is saying something for a film that literally sees a bird explode.

Twitter user @SanadeSweet made the quite frankly horrific discovery and shared with the world.

It revolves around the tragic story of the three bears. Seen early on in the film as being separated in cages are they are rounded up by Farquaad's men, we can see Papa Bear, Baby Bear and Mama Bear, who is wearing a recognisable pink bow...

Later in the film we see a very upset Papa and Baby Bear, but no Mama Bear. You fear the worst. And then, just in case you hadn't put two and two together, the film makers leave us in no doubt as to Mama Bear's fate, as you can see below....

The comments are full of traumatised fans. I mean, we all knew Shrek had its fair share of dark humour, but this is a different level. 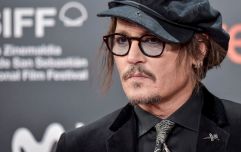 END_OF_DOCUMENT_TOKEN_TO_BE_REPLACED

One user wrote: "You’re telling me I used to watch this and have a grand old time?  childhood was DARK."

Another said: "I don't know how to feel.... I've been thinking about this all morning."

Good luck getting on with the rest of your day with this knowledge now in your head.