Royce Da 5'9" has only just released his collaborative album PRhyme 2 with DJ Premier and already he's on to the next. 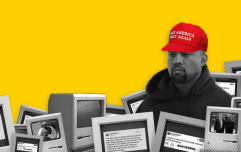 END_OF_DOCUMENT_TOKEN_TO_BE_REPLACED

Announcing his seventh solo album, Book of Ryan will arrive May 4th 2018 and everyone should be excited at what's about to happen.

Anyone that knows Royce knows he's one of Hip Hop's greatest lyricists and has been for a very long time. Member of Hip Hop supergroup Slaughterhouse (with Joe Budden, Joell Ortiz and Crooked I), aside from being one of the best lyrically, he's also one of the only MCs able to keep up with Eminem bar for bar.

Today unleashing the visuals for the album's first single, "Boblo Boat", the song warmly looks back at Royce's childhood growing up in Detroit, a proud, blue-collar city that has not always received the most positive of accolades.

Teaming up with J. Cole on what was a highly anticipated track the moment it was announced, Royce transports listeners back to a time in the ‘80s when families could take a boat ride to Boblo Island and forget, for just a few hours, the stinging realities of life for black folks in Ronald Reagan’s greed-is-good America.

"There was a boat back in the day that took people across the Detroit River to these little obscure islands," explains Royce. "One of the islands, Boblo, housed a poor man’s amusement park where a lot of young black kids would go. It was the best shit ever. We didn’t realize it was a cheaper option looking back at it in retrospect. We were too busy having fun."

Watch the J. Cole-directed video for "Boblo Boat" below: